Milesians not Irish founder - We have been taught for a few generations that the Irish descend from the Celts. 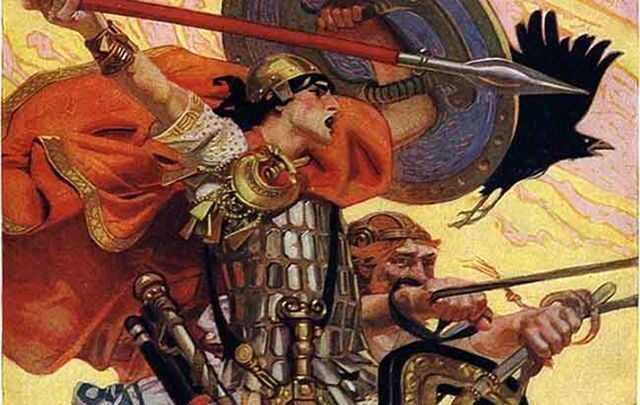 Science has debunked some of the myths surrounding Irish "Celts" and here are some of the most interesting findings.

We have been taught for a few generations that the Irish descend from the Celts.

The King of one wave of Celts was Milesius. Milesius is the most famous Celt in legend, I think. Some call him the founder of the Irish people - but it looks like it is mostly a fanciful story.

DNA studies are now telling us that Ireland was settled centuries earlier than thought.

It was not first settled by the Celts of legend.

It was actually those who survived the last ice age about 10,000 years ago, holding out in northwest Spain. As things warmed up, they found their way to Ireland.

In fact, the closest DNA match with the Irish in all of Europe is with the Basque.

Take a look at the film "Blood of the Irish" and you'll become a believer.

How they got here

The current theory is that they came by boat to Ireland, which was settled much later than Britain, which was connected by land to the continent. They did not come from Scotland, but from the Basque country.

So, at least they came from around Spain as some of the Milesian legends speak of.

We still have to double-check all the findings but it seems pretty convincing. The Irish and the Basque are brothers, so to speak. As far as we can see, our earliest ancestors were the Basque people. So there is the point to start your genealogy in Ireland!

If you want to see some of the legends that came from the story of the Celts and Milesius there is a book. It is entitled "A Genealogical History of the Milesian Families of Ireland" that I published several years ago.

If you want to see a real classic, take a look at the "Book of Invasions," one of our oldest written stories about who settled Ireland. This book gives that the Irish originally came from Spain. This is the ancient book that O'Donnell took to the court of Spain, trying to strengthen the ties between the two countries. Looks like there was some truth there ...

All of this should make doing current-day research on your Irish family history seem a lot easier. Just remember, every day is a holiday.

* Mike is the most published author in his field, and also founded the first audio show on the internet, on Irish Families and genealogy.