Stories of heroines and a few citizens that are almost as interesting as those of the rebel leaders. 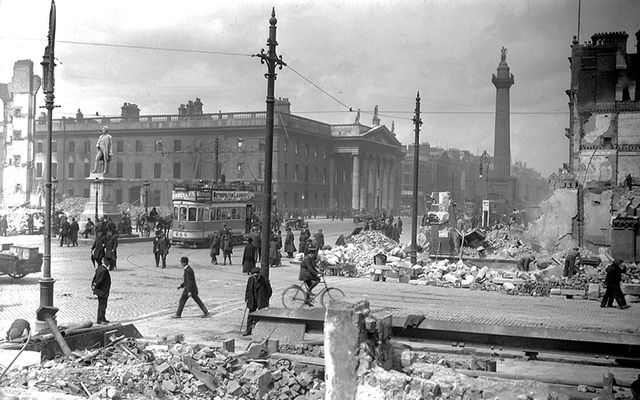 Stories of heroines and a few citizens that are almost as interesting as those of the rebel leaders.

Everyone knows that the 1916 Easter Rising was all about the battle between Irish rebels and British soldiers. However in Findmypast’s Sinn Féin Rebellion Handbook, you’ll find the stories of heroines and a few unfortunate citizens caught in the cross fire, that are almost as interesting as those of the rebel leaders.

Some of their stories have been unearthed below from the 6700 names listed in the records:

Louisa Nolan and Florence Williams are among only 150 women to be awarded the British Military Medal. They were recognised for their services to wounded British soldiers under fire during the Easter Rising, both of whom pulled wounded soldiers from the fray under a hail of bullets.

Mr. Richard Waters was a bank official with the Bank of Ireland who was shot while approaching Mount Street Bridge. It makes you think if our ancestors hated bankers as much as we do!?

Thomas Joze was a well-known chemist travelling home from his pharmacy on Dame Street to his home on Arran Quay who appeared to be shot by a rebel soldier without reason or warning.

Have you got a rebel ancestor involved in one of Ireland’s most famous uprisings?