Tragic letters from Banbridge, County Down, reveal a World War One soldier’s death on the frontline and how he inspired his great-great-nephew. 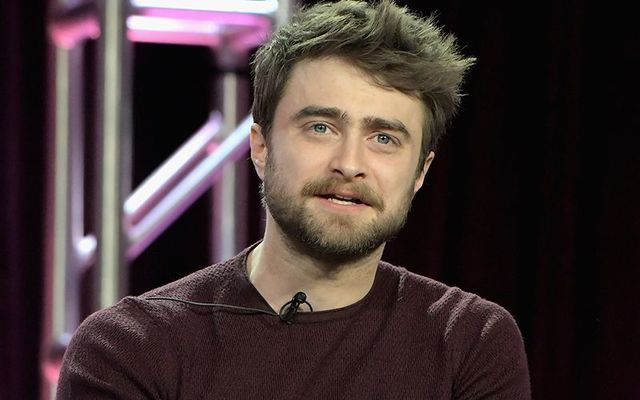 Tragic letters from Banbridge, County Down; a World War One soldier’s death on the frontline and how he inspired his great-great-nephew

Daniel Radcliffe, who played the title role in the Harry Potter franchise, and his father’s family’s connection to Northern Ireland were revealed in a recently aired episode of the BBC’s version of "Who Do You Think You Are?" His family’s roots tale includes some tragic twists.

The child star, now 29, was raised in west London by his father, Alan, who hails from “a very working-class background” in Banbridge, County Down. Radcliffe’s mother Marcia Gresham is a casting agent from Essex.

During the show, which aired on July 22, Radcliffe traveled to Banbridge where he met with his aunt Linda McWilliams and learned about his four of his great-great-uncles - Ernest, Jimmy, Joseph, and Edmund McDowell - who fought in World War One.

The actor admitted that he had used his great-great-uncle Ernest, known as Ernie, as inspiration when he was filming the 2007 ITV movie "My Boy Jack." The told the story of author Rudyard Kipling's grief when his 18-year-old son John, played by Radcliffe, died in the conflict.

Radcliffe said, “I kept a picture of Ernie in my trailer as a personal connection to the period."

Daniel Radcliffe in My Boy Jack.

During the show, he and his aunt went through family photos of Ernest, his three great-great-uncles and his great-grandmother Flo. He was also given a bundle of letters written to and by Ernest. His great-grandmother, Elizabeth, had kept them.

Reading the letters Radcliffe comments on the fact of the extent Ernest went to reassure his mother he was alright during the War. Radcliffe described this as “extraordinary.”

There are also love letters sent to the soldier by a girl called, Jeannie.

One reads, “We will get them all a good day when we are getting married, won't we love?"

Radcliffe read of Ernest’s war injuries including being shot and contracting frostbite. Sadly, Radcliffe learns that his uncle did not survive.

Ernest’s mother received a letter from another soldier on the front who, in May 1916, wrote “your boy and two more chaps from Belfast" were killed when a shell landed in a dug-out.

Radcliffe said, "Obviously it's tragic to lose one son - any amount of children - I can't even imagine that but I'm pleased for my great-great-grandmother that at least three of her sons came back.

"To have made a WWI film and played a soldier in the trenches, I definitely feel a lot more connected to all those stories now that I've learned what my own family went through, and suddenly realizing why, out of all the brothers, Ernie's name made it down to me - because he was the son that went and didn't come back."

He reflected, "A lot of very sad things have happened to various parts of my family, but I can't be sad about it because everyone was loved.

"Ultimately that means that, even if their time on earth ended prematurely and sadly, it was worth having."

Earlier this year, in May, Radcliffe was spotted filming the "Who Do You Think You Are?" episode and having lunch in the Belmont House Hotel, in Banbridge.

Did you know Daniel Radcliffe is half Northern Irish? Have you had any success tracing your own family roots? Let us know in the comments section below.