Who are the real "spongers" in modern Ireland?

Is it the Egyptian doctor, working in an overcrowded Emergency Department in an Irish city, who sorted out your worrying problem last year? 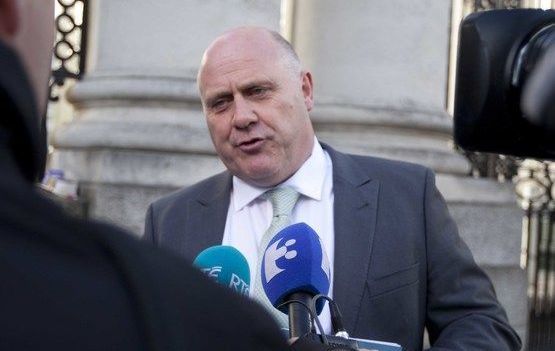 Did you ever wonder who the “spongers” are?

Is it the Egyptian doctor, working in an overcrowded Emergency Department in an Irish city, who sorted out your worrying problem last year?

Over-worked and under-paid, does it bother you so much that he sends money every month so that his younger brother can get an education back home?

Is it the divorced Filipino woman who cooks and cleans and provides company for your elderly parent every day? You know, because your siblings are all too busy with their own lives or living so far from home.

Does it bother you when you see her in the post office on Fridays, using Western Union to send that hard-earned cash back to the mother and son she hasn’t seen in five years?

Do you resent her remittances, even as you look at the pain in her eyes because she misses her child so much and feels guilty every day?

Is it the Nigerian taxi-driver who dropped you at the front door at 3 am after you had knocked back one or two too many with an old friend on Saturday night and Sunday morning?

Noel Grealish's remarks were aimed at whipping up #racism by slurring migrant workers. This is a new #racist myth, the myth that migrant workers are somehow engaged in fraud!
Racists & far-right are emboldened with the level of racist posts online rising in the past hours #dubw

The lad who didn’t feel comfortable talking about where he came from as you tried valiantly to make conversation in the early hours.

Perhaps because he has heard that conversation startup once too often and seen it go to a dark place just once or twice too often before.

Perhaps he didn’t want to tell you that three or four people in that far off village are surviving on the proceeds of the taxi rides around Galway city in the early hours.

Or that, when he was young and full of ambition, his dream in life was not exactly to be driving drunken Irish people around their city for as many hours as he could muster in a week of Galway’s cold, wind, and rain.

Not that he isn’t grateful for the opportunities your land has given him since he came here; but, well, driving around the housing estates of Galway with a passenger who wants to rant about politics or immigration after a bellyful of pints is perhaps not the best place or time.

Two months ago, people like your weekend taxi-driver were dismissed as “spongers” by one of my local politicians, thriving on the atmosphere of intimidation, fear, and hatred whipped up by the prospect of a Direct Provision center being located in a small Galway town.

And he noticed the rousing reception and the online comments that he’s “only saying what needs to be said,” and wondered if the time was right to come out with such comments again.

There are many, many towns and villages here in the West of Ireland in which people would not have survived without money being sent home from the US throughout the 19th and 20th centuries.

Questions by independent TD Noel Grealish about personal remittances sent from Ireland to countries both within and outside the EU have led to controversy in the Dáil. | https://t.co/JEA9BtWRmb pic.twitter.com/A3noowN7Xn

But, in Deputy Noel Grealish’s view of the world, Africans are “spongers” and not “genuine” refugees in Ireland.

To such an extent that he was able to produce strange figures in the Dáil on Wednesday (€3.5 billion for the past eight years) which showed that every Nigerian living here must have sent over €37,400 back to their home country in 2018.

That’s a pretty phenomenal achievement for a group of “spongers” who came to Ireland to exploit the Irish system.

Strangely, when he raised this issue in a Dáil question on October 22, he was given a figure of €17 million per year for each of the past eight years – a much lower figure which did not suit his narrative.

We have now reached a point where a member of the national parliament, who represents my West of Ireland constituency, feels it’s perfectly acceptable for immigrants to send money back to families in the UK or Poland but not to non-EU countries.

With seemingly no facts or data or evidence to back up his arguments, he seems to suggest that there is criminality involved in the remittances being sent to Africa, but not when more “genuine” money is being sent to the UK, Lithuania, or Poland. I wonder why that could be.

Ironically, too, the same politician uses his own website to highlight how members of his own family were forced to move abroad in search of better lives.

Noel Grealish has three siblings living in Boston, and one each in Copenhagen, Nebraska, and Chicago. God forbid the US or Danish authorities would ever start snooping around their bank accounts!

‘For many decades, and many centuries, Irish people went all over the world and sent back their remittances to Ireland’ - Taoiseach @LeoVaradkar responds to a question from independent TD Noel Grealish on remittances sent from Ireland | https://t.co/JEA9BtWRmb pic.twitter.com/TK6B4wVoVS

The Irish would be enraged if they were singled out for special scrutiny by the US authorities.

It might be hard to explain to a Nigerian, if they are new to Ireland, what exactly a “sponger” is.

But the answer came just two weeks ago when Deputy Grealish himself was exposed as one of the worst in the offenders in the Irish parliament for signing in, claiming travel and accommodation expenses, while failing to turn up for votes.

An investigation by State broadcaster RTÉ found that Deputy Grealish recorded his attendance in the Dáil, allowing him to claim expenses, on 66 days between March 2016 and July 2019 when he missed all votes.

In many people’s views, a man who takes money off the State for not doing the work he’s paid to do could be classified as a “sponger.”

Seemingly without any evidence, or figures, Deputy Grealish is now hugely concerned that there is criminality involved in the transfer of money to families and friends in Nigeria from people who live in Ireland.

This is a politician who seemingly had no issue with the €64 billion “bailout” of the toxic Irish banks or the €18 billion in unpaid tax which the Irish Government refuses to take from Apple. Even though the European Union is insisting it must do so.

Deputy Grealish seems to be more concerned about economic migrants sending money home than the cynical vulture funds who have the potential to make 40,000 Irish people homeless in the midst of a housing crisis.

A man who stands over claims that the only “genuine refugees” in Ireland are Christians fleeing ISIS terrorists in Syria seems to have an issue with people from Africa.

If he has no issue with people sending money from the US or Canada to Ireland, or indeed from Ireland to Poland or Lithuania, why is he suddenly so concerned about the Nigerians?

Overt racism has never been a feature of Irish politics before, but it is now.

With people traveling all around Ireland to set up meetings to oppose Direct Provision centers and even attacking them with arson, the atmosphere has changed and we are hearing language about certain immigrants we never heard before.

And perhaps, before we condemn or despise those don’t look exactly like us, we should ask again who the real spongers are in modern Ireland.

Ciaran Tierney won the Irish Current Affairs and Politics Blog of the Year award in October 2018. Find him on Facebook or Twitter here. Visit his website here - CiaranTierney.com. A former newspaper journalist, he is seeking new opportunities in a digital world.