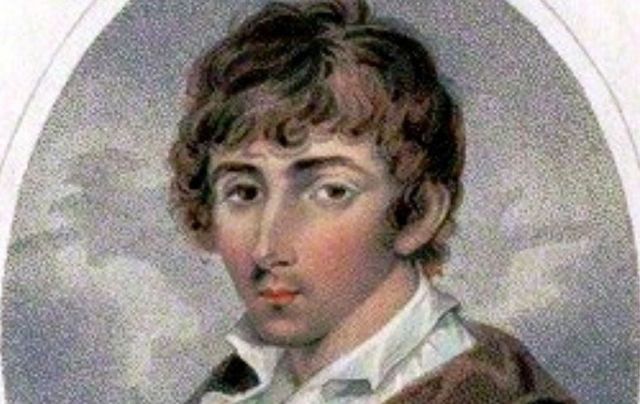 In 1794, seventeen-year-old William Henry Ireland (1775-1835) presented his father Samuel (1744-1800), a respected engraver and a Bardolatry (someone who's fanatical about Shakespeare), a piece of paper with "Wm Shakespeare" signed on it.

William claimed the document had been unearthed from a trunk at a mansion of a wealthy friend and convinced his father it was genuine.

A couple of months prior, both father and son had visited Shakespeare's home New Place in Stratford-upon-Avon where they were regaled of stories regarding long-lost documents of Shakespeare stored at Clopton House.

When they arrived at Clopton House, they were told the documents had been burned long ago. Samuel professed to his son, "I would sell half my library to possess Shakespeare's signature."

There are only six examples of Shakespeare signatures known to exist. Not even one of his thirty-six plays is known to have survived in the bard's own handwriting.

Samuel desperately urged his son to return to the mansion and search for more Shakespeare artifacts. William returned with a bounty of items including a letter from Shakespeare to the Earl of Southampton, a letter with a lock of hair to Shakespeare's future wife Anne Hathaway (1556-1623), a letter from Queen Elizabeth addressed to Shakespeare, and a letter signed by Shakespeare professing his devotion to the Protestant faith.

The items were put on display, and the public was charged a fee to view the precious items. The documents were inspected by hugely respected literary figures such as James Boswell, Samuel Johnson, and poet laureate Henry James Pye as well as antiquarian George Chambers, educator Richard Valpy and were judged to be genuine.

After inspecting the newly-discovered Shakespeare documents, Boswell remarked: "I shall now die contented, since I have lived to see the present day."

Soon, William Ireland was claiming he had in his possession an unknown and unpublished Shakespeare play "Vortigern and Rowena".

Irish playwright and owner of the London Theatre Royal Richard Brinsley Sheridan (1751-1816) expressed strong interest in staging Vortigern but had legal concerns regarding the possibility of Shakespeare descendants' ownership rights over the play.

Miraculously, William Ireland unearthed a deed proving the play was a gift from Shakespeare to his ancestor, coincidentally named William Henry Ireland, that had rescued Shakespeare from drowning.

"Vortigern and Rowena" was set to open on the 1st of April, 1976. To be fair to Sheridan, he had major doubts about the authenticity of the play but decided to plow ahead on the off chance the play turned out to be genuine. All 3,500 tickets sold out.

On the 31st of March 1796 just before the play was due to open, Dublin native Edmond Malone (1741-1812), regarded as the greatest Shakespearean scholar of all time, published two volumes exposing the forgeries in great detail. The first volume was over 400 pages.

The play was moved from the 1st of April to the following evening. Throughout the play, actor John P Kemble delivered his lines in an overdramatic style mocking the play. This lead to arguing and fighting between sections of the audience that believed the play to be genuine and those who believed it was a fake and were laughing and jeering.

It didn't take long for Ireland to realize the jig was up and confessed to forging everything. His father Samuel went to his grave maintaining his belief the papers were genuine. William Henry Ireland was never charged in relation to the forgeries, the forged items went to become collector items.