What being Irish means on St. Patrick’s Day

We asked what being Irish means to you. From family, humor and faith to pride in immigrants, here are your thoughtful answers. 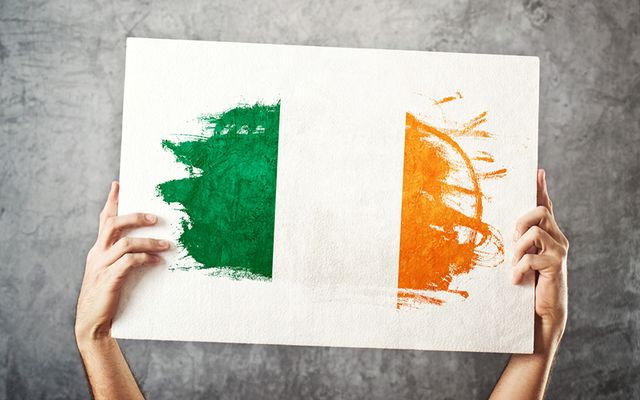 We asked what being Irish means to you. From family, humor and faith to pride in immigrants, here are your thoughtful answers. iStock

In the lead up to today, St. Patrick’s Day 2017, we asked IrishCentral’s readers about what being Irish means to you. We were blown away by your answers and are including just a fraction of them here.

Many of you spoke of family, humor and faith. Many talked about immigration – the pride you take in your ancestors’ journeys and, in some cases, how this has been a reason why you stand up for immigrants today. We even heard from a former New York Rose of Tralee, whose words and photos close out this special article.

Do you have something to add? Comment on this article or post to social media with the hashtag #beingIrish.

Happy St. Patrick’s Day to all! 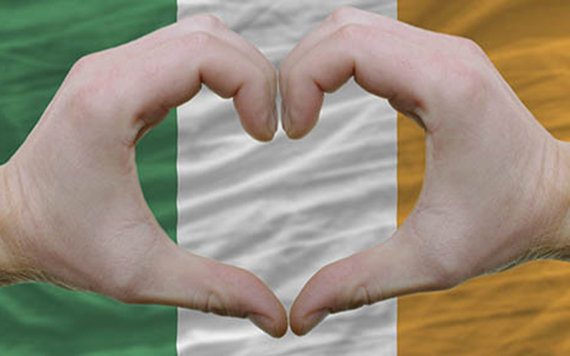 "Being Irish means I come from people who are fierce, proud, brave, loyal, and true. The blood of people who had the courage of their convictions is in me. I am from people who worked hard their whole lives, who overcame tremendous obstacles, and made a good life for themselves. I am blessed to be Irish-American."

"Good heavens, it means I'm wonderfully made, a spirit that can't be squashed, a humour that can't quit even when it should... a temper that's strong but dissolves as fast as it might rise ... my kids say when I've scolded them, my eyes are starting to laugh even though I'm still not done scolding..."

“The Irish immigrants got off the train at Kansas City which was then the end of the line. Other pioneers, disappointed by the rocky ground not conducive to farming got on their horses and continues west. The Irish, having left the old sod with little but their rock hammers simply got off the train and went to work. Now Kansas City is proud of the many well-crafted buildings and other constructions such as fences all made of stone. I am a distant cousin of Douglas Corrigan and have McMinimies(spelled several different ways in this country)in my family who came from Enniskillin.”

#beingIrish means I know my family were once refugees and a great nation gave them a chance to be successful. https://t.co/5itUHhyGaI

“To be entirely honest, I feel left out. My mother is from Ireland, and I am half Irish, but because I am also half Eastern Band Cherokee, I've been treated as less than by local Irish-American clubs and communities, even being denied membership simply because of "parentage," which they of course didn't explain--but I know what they meant. Apparently they don't like the idea of mixed-race people being proud of Irish ancestry. If they don't want me, fine, I have another culture that does and always has.”

“Being Irish means the continuity of traditions, passed down through the family. It means celebration; birth, the sacraments, marriage, life achievements, even death. We're especially good at sending our loved ones pass onto the other side. I can still do a few Irish steps and the music brings me so much joy, or can make me cry. It's an emotional as well as a physical connection. Happy St. Patrick's Day!!”

“It means I have fun loving, colorful relations. No one is 100 percent, the Vikings, the Spanish, the Normans all invaded and mixed with the Celts. Our ancestors struggled but came out just fine, even stronger for it. I'm more proud of being an Irish American.”

“It means that my mother's Irish family celebrated every St. Patrick's Day with corned beef & cabbage at my grandmother's house, followed up with Irish songs on my grandfather's records. It also meant that I was forced to wear green every St. Patrick's Day, & my mother would make me change if I didn't. I had a plaid shirt that was green, white, & orange, & she made me take it off & put on a totally green shirt, saying 'no orange on St. Patrick's Day'. It was when I was older, that I realized she didn't want people to think we were Protestant Irish. The silliness of this religiosity makes me laugh now, & I refuse to wear green on St. Patrick's Day today. When my Mom was a young girl, it was a bit of a scandal when she dated my French Canadian Dad. The Irish Americans wanted their daughters to marry Irish. The Irish Catholics had a huge Catholic Church right across the street from the huge French Canadian Catholic Church, & they each stuck to their own church. Total silliness that drove me away from it all.”

“I grew up in an Irish Catholic family in Philadelphia. I called people aunt and uncle even though we weren't related, we always celebrated family occasions all together, many of us! [Mainly] being Irish means family, even now though I've lived in Ireland for 44 years and away from family, when I go 'home' it is like I've never been away. It means history. Ireland's long and impressive story, never truly 'conquered' and always looking forward, ( Something today's politicians could learn from). It is what the Irish who have left give to the countries they settle in, but never giving up the hope of 'going home' even if in their dreams!

I could go on but I've said enough. Thank you for asking ☘☘☘"

“My Irish heritage has been passed down to me from parents, particularly from my father. My father's parents immigrated to the US from Ireland in the mid 1900's, when they were teenagers. They settled in Chicago with other family members. My grandfather worked for the CTA and my grandmother was a stay at home mom. She raised my dad and his two siblings maintaining the Irish Catholic traditions. In turn, my dad conveyed these same ideas to me and my siblings. In fact, all of us have Irish first names to match our Irish surname. St. Patrick's Day is always a special day; especially since my birthday is March 18. I took Irish dancing as a child and competed in Feis competitions. I have vivid memories of St. Patrick's Days filled with performances for local Churches and parades. I now have children of my own and they have an understanding and appreciation of their Irish heritage as described by me and my father. My father passed away this past July, but even is his last days and months he expressed his love for 'the old country'. My oldest daughter talked to him everyday in his last year, and every conversation had some reference to his Irish heritage. For his funeral, it was only fitting to have a harpist, Celtic Mass cards, and green and yellow flowers. My Irish heritage means to be proud of my ancestors, their traditions, and how they've shaped me today. It's important to embrace one's heritage and share it with future generations.”

What Does Being Irish Mean To Me?

Hearing this question makes me feel like it’s 1993 and I’m standing on stage with Gay Byrne on live television on RTE in The Dome at the Rose of Tralee International Festival.  I’m 23, and I’m enjoying the most amazing experience of my life as the New York Rose.  When I entered the local selection in NY, I was just an outgoing, regular Irish American young woman who had no clue of her future.  I enjoyed meeting new people and having new experiences, and I thought that I had just won “a trip” to Ireland, I had no idea that I had signed up for a lifetime adventure which would tie my past, present and future together.

As a kid, I knew we were “Irish.” Sure, I’d have green ribbons on my hair on St. Patrick’s Day and my mother wanted me to take Irish dancing lessons (I objected and took “jazz” dancing instead).  I knew that my Dad’s grandfather came to the US as a teenager from Wicklow and that my mother’s mother came from Mayo and her father from Galway.  I think I had a project in school where I had to draw my family crest and write about my heritage.  That’s about as far as it went for Irish culture in my home.  Once, I watched an Irish Spring commercial and told my mom that one day maybe I’d marry someone from Ireland.  She laughed and said that her Irish father didn’t smell nice.  He wore an old brown tweed suit with brown shoes and smelled like whiskey.  Her mother had died when she was born and the 10 children were separated into several different foster homes in Brooklyn in 1935.  When her dad came to visit her, he would speak with a brogue she couldn’t understand and cry “Julia! Julia”, my mother’s name and her mother’s name as well.

In 1991, we had the opportunity to meet my mother’s Irish cousins at another cousin’s home in New York state.  They were in the US to perform with their local theatre group from Headford in County Galway.  We accepted their invitation to visit and found ourselves on an Aer Lingus flight that October on a mission to discover my mother’s family.  I was honored to be there with my mom, and as we landed, knew we were in a special place.  We spent a lovely week with her cousins and more cousins filled with tea and wonderful family meals.  We saw where her father grew up, and met relatives on her mother’s side as well.  Having never met her own mother, it was such a special visit for my mom.  Being close to her home made her feel closer to her.  She had tears in her eyes as we headed back from Shannon.

Two years later I found myself onstage at one of the biggest cultural events in all of Ireland, representing the young Irish diaspora.  I felt like I was representing both my mother and my grandmother.  On stage, I read a poem called “Cliona,” by Catherine Twomey, for her and for my grandmother…

You are letting her go

so gently she hardly

puts you on again.

she returns to you

You remember the bowl

of your womb, the ocean

that held her where

you felt her swim.

You are letting her out

seeing her for the first

time in her own orbit

in the drive, cycling.

I did not know that being a Rose would be THE experience of my lifetime, but it has.  It is not my greatest achievement, but the launching pad in which I have been able to feel and be my true self.  It has brought me closer to the land of my grandparents, a land where I feel more myself than any place else.  It forged lifelong friendships with people from all over the world.  My love of Ireland led me to my husband and the love of my life, a Dublin man (see, mom!  I married an Irishman and he smells good!).  I have two teenage boys who have developed their own love of Ireland and feel good when their Aunties ask “When are you coming HOME next?.

My nationality is American, but my heart and my soul are Irish.