War of the words, politically correct and silenced

“Are we talking about n****r or paddy?” Walter Mosley called to HR and what his case shows us about our democratic society. 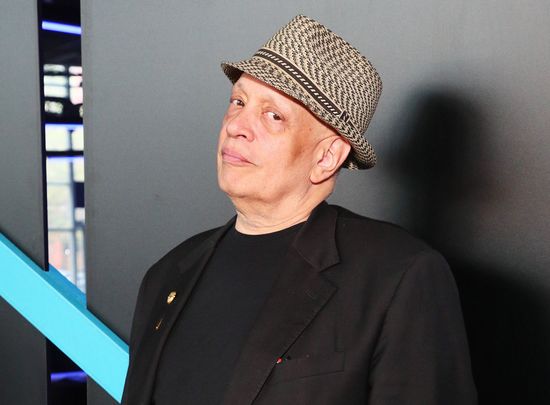 “Are we talking about n****r or paddy?” Walter Mosley called to HR and what his case shows us about our democratic society.

Then came the adult version of a call to the principal’s office.

“I got the call from Human Resources,” Mosley wrote in The New York Times. “A pleasant-sounding young man said, ‘Mr. Mosley, it has been reported that you used the N-word in the writers’ room.’”

Wait.  It gets better.

Mosley admits, “I had indeed said the word in the room.  I hadn’t called anyone it. I just told a story about a cop who explained to me, on the streets of Los Angeles, that he stopped all n*****s in paddy neighborhoods and all paddies in n****r neighborhoods because they were usually up to no good.”

Read more: Former Irish president says people of Ireland “have no right to be racist”

“Someone in the room, I have no idea who, called H.R. and said that my use of the word made them uncomfortable, and the H.R. representative called to inform me that such language was unacceptable to my employers.”

The only thing that could make this story more fascinating is if Mosley inquired, “Are we talking about n****r or paddy?”

Yes, it’s tempting to make a fuss about why an anti-black slur is a problem while an anti-Irish slur is just fine, but that really misses a whole bunch of important points about history, language, and power.

Which brings us to the annual debate over The Pogues’ classic Christmas song “Fairytale of New York” and its provocative use of a certain f word, often wielded as an anti-gay slur.

“One local BBC DJ has already moved to ban the song from his show,” the Irish Post newspaper noted, adding, “Last year RTE 2FM DJs Eoghan McDermott and Stephen Byrne took to social media calling for the word to be bleeped out.”

McDermott said, "Phrases that have zero social utility should fall away."

This is all well and good, though it must be added that such demands usually come with unintended consequences.

DJs such as McDermott and Byrne are free to signal their virtuous beliefs that certain words degrade certain people.

But it won’t take long for them to figure out that certain words are kind of popular with, well, lots of musical artists.

Beyonce’s album Lemonade named the best of the 2010s by the Associated Press, drops the b-word for females numerous times.  Her hubby, JAY Z, just lauded as a music-biz legend as he turned 50, has also uttered that b-word, not to mention MacGowan’s infamous f word, once or a billion times.  The same with most hip hop stars from Eminem to Kendrick Lamar.

And let’s not even get into the word that got Mosley scolded by H.R.

Again, it’s tempting to get caught up in the implication that hip hop stars seem to use naughty language without consequences.  But that’s not the real point here. After all, many of the biggest acts in rock-n-roll, from AC/DC to Guns n’ Roses, also built careers on lyrics that were quite offensive.

The more important point is that if you set yourself up as a language cop, you’re quickly going to find yourself very busy.

Language can indeed be a tool of oppression. But once we acknowledge that it also can be reclaimed by the oppressed and wielded as a responsive tool of power, it becomes at best a parlor game, at worst an exercise in absurdity and hypocrisy, outlining when and where it’s right or wrong for this or that person to use this or that word.

Which is why the most interesting part of Mosley’s story is what he did after being summoned to HR -- he up and quit.

“The worst thing you can do to citizens of a democratic nation is to silence them,” he wrote.

Now that is one principled paddy.