Should the US trade negotiators trust the UK with commitment issues?

Following Brexit, the United Kingdom and the U.S. have entered into formal negotiations for a new trade agreement. 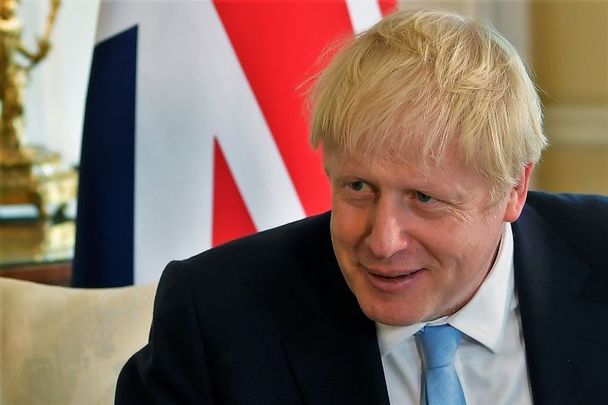 Wisdom dictates that in making any agreement, the integrity of the parties is paramount; it is the foundation on which the deal is anchored.  Given Britain's history of failing to honor existing agreements, US negotiators should proceed with caution.

As trade talks began in Washington, The United Kingdom announced that it is reneging on a two-year-old commitment to an  E.U office in Belfast to monitor compliance with the "Irish Protocol", provisions of the Brexit withdrawal agreement designed to protect the Good Friday Agreement and preserve the open border between Northern Ireland and the Republic. Using Lewis Carroll's logic, Prime Minister Johnson's government argues that their reneging on their commitment to a Belfast E.U.  office is not a cause for concern because the E.U. should "trust" the U.K. to honor the parts of the Irish Protocol they are not shirking, at least for now.

Mr. Johnson's government is risking reopening the barely healed wounds of the Brexit debate, throwing in a good deal of salt for good measure, to placate the loyalist Democratic Unionist Party to whom the "Irish Protocol" is seen as leading to Irish reunification.

On March 18th, while the world was distracted as the magnitude of the COVID-19 pandemic was becoming manifest,  Secretary of State for Northern Ireland Brandon Lewis announced that the British government has decided not to investigate the majority of the 2,000 unsolved killings from the conflict known as "The Troubles." Mr. Lewis further stated that the small minority of legacy cases that would be pursued would be determined unilaterally by the United Kingdom.  These actions are in direct contravention of the Good Friday Agreement, of which the U.S. is a guarantor.

The British government has also proposed, not only in contravention of the Good Friday agreement but in defiance of all recognized standards of justice, to create a privileged, protected legal class for the veterans of its military and intelligence operations in Northern Ireland.  This is the latest and most egregious attempt by the United Kingdom to evade its obligations to address the legacy of "the Troubles" and to obscure the true nature of the role its forces played in the conflict.

For more than two decades, the United Kingdom has engaged in a series of well-orchestrated bureaucratic delays and disingenuous deflection to avoid its obligations to the victims of "the Troubles" and its responsibilities under the Good Friday Agreement it signed.

Having been singularly responsible for the delays in providing justice to the victims of the "Troubles," Britain is now trying to escape its obligations under the international treaty it signed by claiming "too much time has passed."  Britain is, in fact, cynically playing for more time to pass, for the time when the accused members of its operations in Northern Ireland have passed from the jurisdiction of this world into the next.

Such a flawed record in honoring agreements should invoke sober concern among U.S. trade negotiators rather than the unconstrained optimism expressed by United States Trade Representative Robert Lighthizer.

American trade negotiators should not be lulled into complacency by the fabled "special relationship" between Britain and the United States purportedly founded on shared history and values.  Any American negotiator should be mindful that there is a fundamental cultural difference between the United States and Britain, which casts a shadow on any agreement between the two:  that the United Kingdom has no written constitution.

Throughout its history, Britain has frequently reinterpreted the rights of its citizens and the duties of the state to suit the political exigencies of the moment.  It is not surprising that such a history should give rise to a casual attitude to agreements where they can be redefined at will as the narrow political expediency of the moment dictates.

U.S. Trade Representative Lighthizer and fellow negotiators must not be seduced by British bonhomie and tired clichés of how we stood together in WW II.  A trade deal should be "business, nothing personal" and the U.S. should ask of Britain the same question they would ask of any other nation with such a chequered history of agreement compliance, especially when one of those agreements is the historic Good Friday Agreement, a landmark achievement in United States diplomacy.  U.S. negotiators should be mindful of the wisdom of St. Luke, "If you are faithful in little things, you will be faithful in large ones" and ask why the U.S. should enter into a "huge trade deal" with a partner that has not been faithful to its commitments under the Good Friday Agreement.