Still an opportunity for immigration reform for the Irish

New strategies are needed rather than waiting on a comprehensive Immigration reform bill. 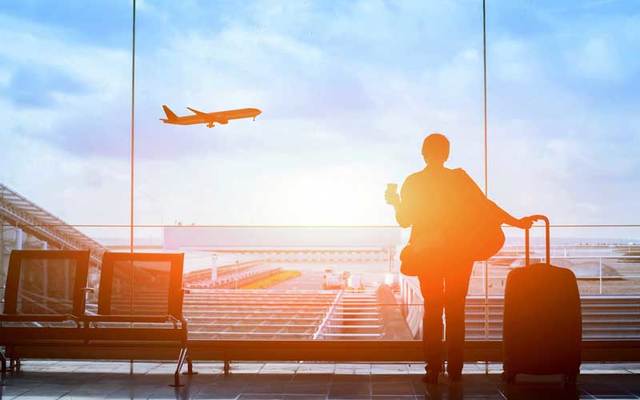 An Irish immigrant waiting for a flight. iStock

Irish immigration is back in the news

Immigration and the Irish. It is back in the news in the Irish-American media and in Ireland, as well. Is something new or is this just another example of the media frenzy that accompanies Donald Trump’s daily pronouncements, signifying little real change?

Well, one thing that has certainly changed is the risk of deportation for undocumented Irish. The Obama priorities that focused on criminal aliens have been scrapped. ICE has been given a free hand to arrest anyone it encounters who is out of status. Enforcement may be directed more narrowly, but anyone who comes to the attention of an ICE officer is considered fair game. And since most Irish undocumented are visa waiver overstays, they can be removed by administrative order alone, without any chance for a defense before an immigration judge.

In short, these are perilous times for anyone without legal status. One false step can lead to detention and deportation. But until Congress has a majority ready to act, this will continue. The all-or-nothing approach of “comprehensive immigration reform” has been pursued for over 20 years but it has produced nothing. Perhaps Congress will be persuaded to try “stepping stones” to reform instead building political momentum with smaller pieces of legislation. It could start, starting with the broadly sympathetic Dreamers, the beneficiaries of the deferred action program known as DACA. Paired with reasonable enforcement reforms, this could work. Otherwise, the current legislative stalemate will continue.

Meanwhile, the latest excitement has been about the RAISE Act, introduced by Senators Cotton and Perdue and loudly endorsed by President Trump. To call this proposal a “distraction” is to be kind. With 11 million unauthorized residents in limbo for two decades and with American workers being displaced by an outsourcing industry fueled by the loopholes in the H-1B guest worker program, who would think that cutting in half the legal immigration quotas that suffer from only one real problem—not enough visas for the long backlogs. There is no evidence that permanent, legal immigration is what ails the American worker. Broad-based support in Congress for this proposal does not exist.

Yet interest in the RAISE Act has been piqued by descriptions that some advocates for Irish immigration have found encouraging—a shift from family to skills admissions and a point system favoring English-speakers. But a closer look should deflate any Irish expectations.

Read More: It is time for Irish to go it alone on immigration reform

First, as the Irish Immigration Reform Movement learned in the 1980’s, if you want to pry the door open wider, work with others who have the same goal, not those who are trying to lock it tighter. Cutting legal immigration in half will not mean more green cards for the Irish.

Second, the proposed point system goes far beyond English and favors a government rating for “high skills” rather than employer demand in fields like construction and hospitality that employ most Irish undocumented. Furthermore, native English is not the test, but scores on TOEFL exams that can be mastered by millions from Mumbai to Manila.

Third, the proposal would eliminate green cards for the parents of U.S. citizens, a group that includes a lot of undocumented Irish counting the years until their U.S.-born children turn 21. This is hardly a boon to the Irish community.

There is no doubt that the changes in the immigration priorities enacted in 1965 disadvantaged the Irish. Both Brian Donnelly and I made use of that fact in providing over 60,000 extra Irish green cards in the ‘80s and ‘90s. In fact, Irish-American support was crucial for my Immigration Act of 1990, the last time America increased legal immigration. But the advantage Ireland had before 1965 was based on the racist country of origin quota system. America is not going back.

Improving Irish access to America must be built on something that makes sense to Americans of the 21st century not the 19th. We need to look to the future for immigration policies that sustain the historic bonds between Ireland and America without denigrating the aspirations of immigrants from elsewhere.

There are specific things that can and should be done now rather than waiting on a comprehensive bill that may never come. Here is a list:

The Irish American community, in collaboration with the Irish government, should reconstitute its immigration reform effort along lines such as this. Special Envoy John Deasy, TD, can play a key part in helping this along.

But it will still be Irish Americans influencing their Congressional representatives that holds the key to success. Some will say that the Irish dare not advocate for anything but comprehensive. Nonsense. It is time for new strategies: every interested community has its part to play as well as its interests to advance. Other communities know this and the Irish should too.

This is not about Irish-only, this is about Irish-also. We have our goals and they need to be a part of any coalition we join.

Former congressman Bruce Morrison is a foremost expert on immigration legislation and author of the Morrison Visa program.