Secrets behind the Irish name - Patricks versus Paddys

"He was always called plain Paddy, like so many others, in his daily life, but the usage of Patrick signified trouble of one kind or another." 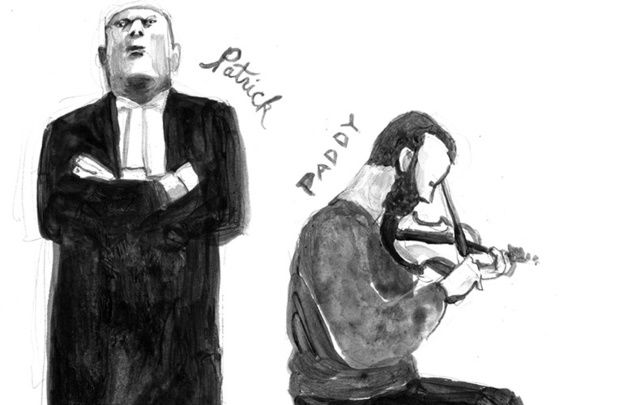 "He was always called plain Paddy, like so many others, in his daily life, but the usage of Patrick signified trouble of one kind or another." Caty Bartholomew

Having turned that tricky corner between two years, we are now heading pell-mell down the twisty green road heading to St. Patrick's Day.  Remarkably that is a bigger deal overseas, especially in America, than it has ever been on the home island although, in latter times, we are beginning to catch up. I'm certain it is accurate to say that, worldwide, far more than a million Irishmen bear the national saint's Christian name. There are certainly a couple of hundred thousand of them in Ireland alone.

And there is one element of that nomenclature that has always intrigued me totally. It is the way in which the name is used on a daily basis.

I have always held that there is a very subtle Irish caste system involved, certainly in Ireland, and I wonder if the same applies abroad. I just do not know whether or not that is the case. Some of you might enlighten me. A wise and witty namesake of our patron saint once told me that the hairs rose up on the back of his neck when he was spoken to by the full form of his name or received a letter upon which the first word was Patrick.

He said he was always called plain Paddy, like so many others, in his daily life, but the usage of Patrick signified trouble of one kind or another.  It might be a demanding angry letter from his bank manager or the solicitor of a bad neighbor.

He was in court once, he told me, for a minor motoring offense, and his full official name was called out loudly by the court clerk at the start of the hearing in a tone which suggested he was due for the hangman's noose. Here at home, for sure, the men who are always known by the full form of their Christian name are very likely either to be the judge who sends you to jail, the bank manager who wrote that demanding letter or other relatively empowered individuals who wear collars and ties and suits to work.

With one glowing exception, the Patricks I have encountered in my lifetime have always been white collar so to speak and behaved in that fashion.

The exception was the late lovely President Patrick Hillery whom I interviewed in his Dublin home shortly before his regretted death a few years ago. He was always called just Paddy, and that is what I easily called him during our chat. When you think of it in any depth at all, there are a host of variants on the name of the saint. Paddy is still the most common here at home, whatever about the situation overseas.

Most of us, I suggest, are more at ease with a Paddy in the company than with a Patrick.  Certainly I am.

Paddy's collar is more likely to be blue, and he is always better craic. The same is true of the legion of lads who are always known as Peejay (P.J.!) and there was once, in my younger days, a battalion of characters simply known as Pee, but I have not met one of them for decades now. Then there are the Gaelic versions of the name like Padraig and Paidi and Paudie and many more of that ilk. The Padraigs of Ireland tend to have a very high regard for the native language, the GAA, their birth county and province. They also tend to be good musicians, singers and entertainers generally.

A lifetime's learning has taught me that the Padraigs amongst us (a) often do not carry the last drinks of the night as well as most and (b) become emotional about the ideals of Pearse in the small hours of the morning. I'm not forgetting the many Pats one meets out and about also.  Generally likeable men.

And I am also mindful there are an increasing number of females known as Paddy nowadays, almost all a pleasure to meet as well.

And I am sure there are other variants of the saint's name that I am omitting from what is not a comprehensive list but rather the product of a short reflection.

I am going out into the world after this to do my daily business and, frankly, I hope I do not encounter a Patrick. That can be dangerous enough!