Throughout the coronavirus epidemic that we have all been living with for the last few months, businesses, employees, and workers everywhere have been struggling to make ends meet in a locked-down economy. 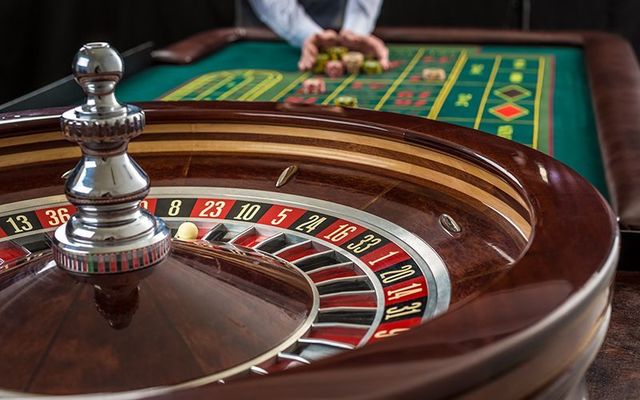 Casinos likewise have been contending with hard times — forced to furlough or lay off workers with months of no players in their establishments. Sympathy for casinos, however, may be hard to come by these days, especially when everyone is struggling so much financially.

Amidst the pandemic, online casinos (like many businesses) have continued to advertise to the public, hoping to appeal to bored players sitting at home with nothing to do. In the wake of this practice, one Irish TD cautions that now is not the time to be taking advantage of a vulnerable public.

Perhaps it’s the feeling of crisis in the air but social issues seem to have come to the fore in recent days. Problem gambling has become one of the foremost social issues for Galway-East TD Anne Rabbitte.

In recent weeks, she has been pleading with social media platforms and media outlets to halt online gambling advertisements, believing it will tempt the nation’s most vulnerable into gambling away (what’s left) of their livelihoods.

With the Irish population stuck at home, nothing but time on their hands, and a significant number of people experiencing feelings of social withdrawal, symptoms of depression, and anxiety about the future, it’s no wonder this has become a massive social issue worthy of a public discussion.

Not only are the circumstances a perfect storm of economic and psychological depression for some, but the ease with which many can log-on and become addicted is worrisome too.

During this worldwide lockdown, the internet has become many people’s main window to the outside world: a portal to entertainment, socialization, and to gaming. According to Ms Rabbitte, instant access to online gambling combined with the social stresses everyone now faces is a recipe for disaster.

Problem gambling in Ireland is no joke. According to recent figures, Ireland has the third-highest gambling losses per adult in the world. The Irish Department of Health claims 40,000 people (aged 15 and over) in the country have gambling problems that affect their lives in one way or another.

These statistics drive home the reality of problem gambling in Ireland that actually may be perpetuated by the current global crisis we all now face.

TD Rabbitte believes that the economic situation people now find themselves in may be hard enough already, without adding to financial losses by gambling away what they currently have left in savings.

“Problem gambling is a scourge on society and it literally destroys lives and rips families apart,” said the Fianna Fáil TD. With the economy in shambles, many out of work, and people’s livelihoods uncertain, the last thing many families need is a wedge driven between spouses, parents, and children.

Historically, there’s been no shortage of advertising scandals within the casino industry. From controversial religious ads to short spots normalizing adultery, lying, and hiding a gambling addiction from family to encouraging people to bet on the gender of a child, some believe it’s gone too far.

Even the UK’s advertising watchdog, the ASA (Advertising Standards Authority), previously ruled that many ads promoted reckless gambling behavior that could cause emotional, social, and financial harm to vulnerable people viewing it.

It all comes down to the uncertainty in the world right now. With financial markets crashing, an impending recession (or more likely, a depression), and people stuck in their homes for the foreseeable future, it’s natural that political leaders would worry about the state of mind of their constituents at a time like this.

It’s unclear if the TD’s pleas will have any effect on rampant online casino advertising, but it is safe to say that during these difficult times, it’s a good idea to reach out to loved ones that may have a problem or reach out yourself to get the help that you may need.