Loads has been written about the effect and purpose of the leaders of the Easter Rising and it’s not a topic I’ll be adding to in any great detail, but it has caused me to think a lot about the men involved, and whether the country they died for paid a blind bit of notice. 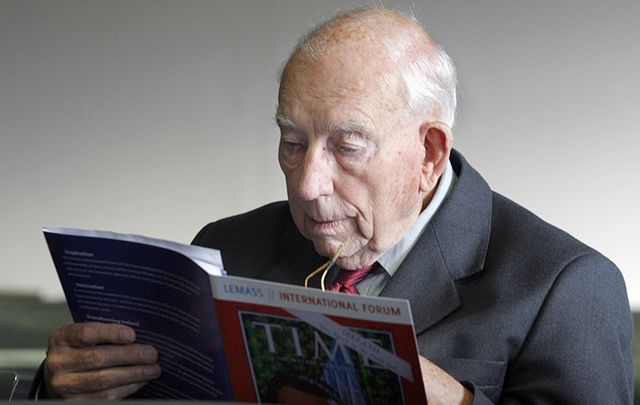 Loads has been written about the effect and purpose of the leaders of the Easter Rising and it’s not a topic I’ll be adding to in any great detail, but it has caused me to think a lot about the men involved, and whether the country they died for paid a blind bit of notice.

Patrick Pearse, for instance, would likely be horrified that the education system’s “Murder Machine” he railed against a hundred years ago is still basically in place. James Connolly would be similarly horrified that Ireland became such a seedily acquiescent place for ostentatious high-rollers and amoral profiteers. Easter Rising commemorations seem to boil down to histrionic admiration for people whose ideas - or methods - we’re happy to ignore.

That the leaders of the Easter Rising should be so commemorated is not something that’s going to go out of vogue anytime soon, but there are other Irish revolutionaries deserving of as much if not more praise that we should think about now and then. One of them, my own personal favourite revolutionary, was only born in 1916. His name is TK Whitaker.

A civil servant who bounded up the ranks with immense and unusual velocity, Thomas “Ken” Whitaker was appointed Secretary of the Department of Finance in 1956 before he turned 40. While there, he initiated the First Programme For Economic Expansion, a red-letter document that shook Ireland out of its protectionist torpor and opened the country up to the world. After leaving the Department of Finance he became Governor of the Central Bank and was a key figure in getting Ireland signed up to the European Common Market. In his later years he founded the Economic And Social Research Institute, the ESRI, as well as serving as Chancellor of the National University, as a Senator and as Chairman of committees on issues like penal and constitutional reform. But he also had another string to his bow beyond the economic or academic: his expertise on the North.

It was Ken Whitaker along with his northern counterpart Jim Malley that masterminded the historic meeting between Sean Lemass and Terence O’Neill which was the first time opposite numbers from both sides of the border discussed issues of common interest, or indeed anything at all. As a senior advisor to Jack Lynch, he was a resolute voice of moderation when the pressure to respond militarily to civil rights atrocities in the North was beyond intense. He also wrote papers on Northern Ireland’s constitutional position, with analysis on how the situation there came to be and how it could develop. We may not realise it, but over the last half decade or so Ireland has walked down a road almost single-handedly created by Ken Whitaker.

Not only was he the first to see the potential of opening up Ireland’s economy, and engaging with Northern Ireland through proper diplomatic means, but he also devised plans to make them reality. Most revolutionaries are willing to die for a country that ought to be, but TK Whitaker dedicated his life for a country that was, and changed it emphatically for the better. And we should commemorate that at every turnabout.