Living in Ireland has shown me that police can be unarmed

Could the US learn from Ireland? "America's struggle with race and policing goes on, with no clear resolution in sight." 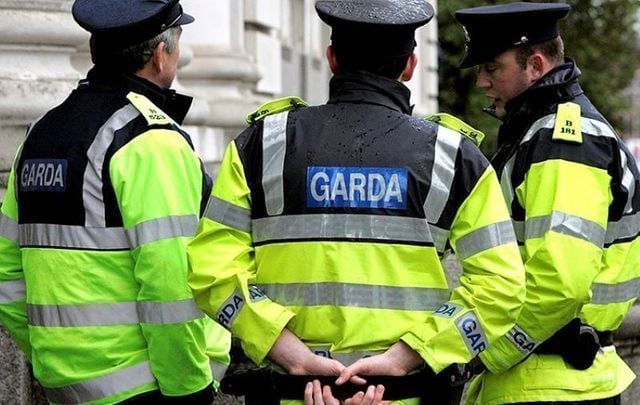 Irish police, an garda siochana, "guardians of the peace". RollingNews

Could Ireland's approach to policing work in certain communities in the United States?

Dublin: When I braved the COVID threat and flew home to Boston in late May to help my sister care for our ailing mother, who was in the final cruel stages of dementia, I never imagined the experience would produce a column about...policing practices.

But that's where we find ourselves today.

So while sitting at my mother's bedside, in the suburban Boston home she and my father bought as newlyweds in 1956, I found myself pondering, among other things, whether Ireland – my adopted homeland since 1992 – has anything to teach the US when it comes to policing.

Of course, to understand Ireland's relationship with its police force, a brief glimpse into the country's troubled history in the early 20th century is helpful.

In February 1922, seven months after a truce was signed to end the Irish War of Independence, Ireland's unarmed constabulary – An Garda Siochana, or The Guardian of the Peace – was formed. This new authority replaced the disbanded – and discredited – Royal Irish Constabulary.

How discredited was the RIC?

According to a potted history on the An Garda Siochana website. Attacks on the RIC were widespread either in their barracks or while on patrol. Eamon de Valera [a future Irish prime minister and president] other members of the 1919 Sinn Féin Government, which claimed to be ruling Ireland in absentia, urged the shunning of the RIC and their families as agents of a foreign power. Widespread resignations from the RIC followed.”

So after a tumultuous decade that included a bitter general strike in 1913, a failed insurrection against Crown forces in 1916, and a guerrilla war of independence (1919-1921) – followed by a deadly and vindictive civil war (1922-1923) – Ireland was ready, as the US appears to be today, for a change in the way it handled basic public order issues, producing in 2020 a police force of nearly 15,000 members, more than three-quarters of them unarmed when they go about their daily duties.

Could this approach – or some version of it – work in certain communities in the US?

Having lived in Dublin and traveled throughout Ireland for the past three decades, I say yes – with safeguards, such as the heavily-armed Emergency Response Units that circulate 24/7 to confront serious criminality and terrorist threats.

Speaking to RTE's This Week program in 2015, Kathleen O'Toole, one-time Boston Police Commissioner and head of Ireland's Garda Inspectorate from 2006 to 2012, said: “overwhelming majority” of Irish people and Garda members did not want an armed police force.

Elaborating on this theme, a serving police officer with nine years of experience in London, quoted in The Guardian newspaper in 2017, said: “Arming all officers would change the power dynamic between the police and the public.”

Such insights cannot be easily dismissed.

As I tell my Boston friends, most of the time when police intervention is required in Ireland – whether to defuse neighborly disputes, disperse public drinking parties, conduct routine traffic stops, or deal with petty inner-city drug-dealing – overwhelming force is unnecessary.

Perhaps this approach is especially suited to the stricter gun laws and the more intimate nature of community life in Ireland. But as for the common perception that the Emerald Isle is an insular, monocultural society and thus easier to police: Before the COVID crisis, the robust Irish economy was attracting increasing numbers of economic migrants and asylum seekers. In fact, according to the 2016 Irish census, 17.3 percent of Irish residents were born abroad compared to a 2017 Pew Research finding that just 13.6 percent of US residents were born outside the country.

Over the past two years, I've returned home for months at a time to help care for my mother. I can't be the only person who's noticed that America's amplifiers, like Spinal Tap's, are now regularly cranked to 11, reflecting a country that is brash, bad-tempered, often full of itself (in good ways and bad).

I've also seen another subtle change. The small courtesies that get us through each day are disappearing (and not just due to COVID): the passing eye contact accompanied by a smile, the grateful nod or thumbs-up from fellow walkers as you make room on the sidewalk, or the brief, innocuous exchanges between strangers about traffic or the weather.

The bottom line, then, as I see it: Perhaps when appropriate and safe for the officers involved – I mean, armed university police: what's that all about? – policing in the US doesn't need to be so intense. Or maybe I've been living on this side of the pond so long that I've become a brain-washed Euro-weenie. There's evidence to support both views.

Mercifully, my mother's ordeal is now over. Tragically, America's struggle with race and policing goes on, with no clear resolution in sight.

* Boston native Steve Coronella has lived in Ireland since 1992. He is the author of “Designing Dev,” a comic novel about an Irish-American lad from Boston who's recruited to run for the Irish presidency during the Celtic Tiger era. His latest book is the essay collection “ Entering Medford – And Other Destinations.