IrishCentral Contributor Ricardo Gómez Kenny on the interesting overlap between Ireland and Argentina's fights for independence. 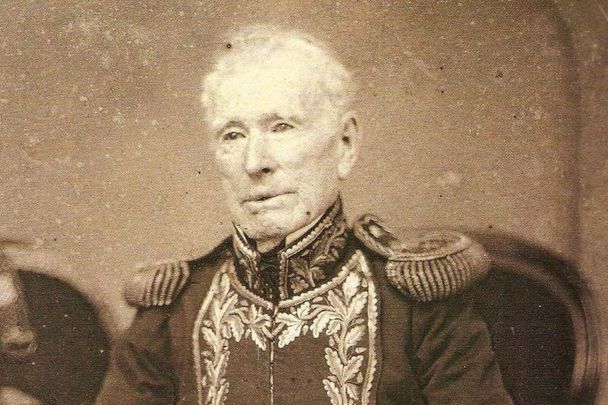 Daguerreotype of the Irish-born Admiral William Brown during its last years. He is considered "the father" of the Argentine Navy. Public Domain

Both Argentina and Ireland have had, albeit in different centuries, very similar processes in their quest for independence. There is a specific fact that confirms this, but also that further intertwines our histories.

Having started the war for our independence in Argentina on 15 March 1814, the fort on Martin Garcia Island, in front of Buenos Aires, was occupied and the operation was carried out to the sound of ‘’Saint Patrick's Day in the morning”.

On that occasion, the blue and white flag was raised for the first time and it was hoisted by an Irishman. His name was Wiliam Brown, creator of the Argentine Navy.

Almost 100 years later, and now in Ireland, the Easter Rebellion took place in 1916.

The rebels had occupied the enemy's headquarters, the General Post Office in Dublin. During the fighting, the tricolour flag had to be flown for the first time at its height.

At the request of James Connolly, the Argentine-born Eduardo (Eamon) Bulfin, who had been a student at the school run by Easter Rising leader Padraig Pearse, hoisted the Irish flags - one tricolor and one green Irish Republic flag - at the GPO.

Nice surprises that history presents us with. As you will all remember the first movement triumphed, the second did not … but that is another story.