Is this the end of Irish emigration to America as we have known it?

Charting the end of Irish emigration to America as we have known it, and the emergence of extensive transnationalism. 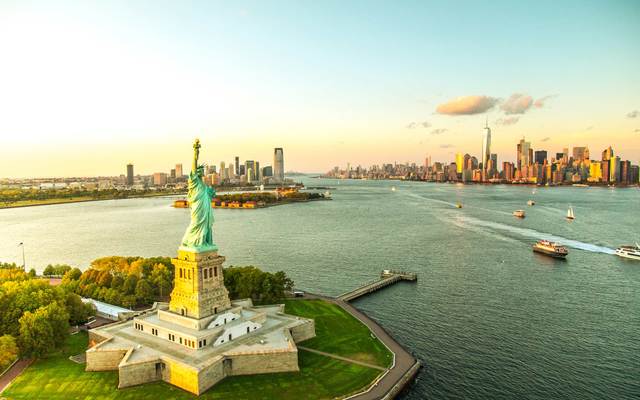 The flow of Irish emigrants to America as we have known it is over and will never be again. Getty

Charting the end of Irish emigration to America as we have known it, and the emergence of extensive transnationalism.

What Irish migrant Gerry Brennan most remembers about his first few months in America in the 1980s were two extremes he simply hadn’t anticipated: the fierce heat that sapped his energy as he painted houses in ninety-degree weather, and the cost of calling his mother at home, over $3 a minute. He learned to adjust to the heat.  His mother in Kildare waited by a coin box telephone each Sunday for his call. Like so many 1980s New Irish in America, Gerry was “undocumented.” She worried about him. They both adapted to conditions and used the resources available to remain in touch across the Atlantic.

Fast-forward several decades into the 2000s. Gerry has a green card and a thriving construction business in Boston. He could have returned to Ireland in the 1990s, like so many other New Irish in America.  Instead, for decades he’s maintained connections to both Ireland and America with the aid of each technological advance – email, texts, Skype, social media.

He owns a house in Ireland where he brings his family every year. His children, all dual citizens, have grown close to their Irish cousins via social media, something he expected, but they’re still a little surprised by the diversity they encounter in Kildare – people from Eastern Europe, Africa, Asia, members of Ireland’s immigrant population. He and his family learned to adapt to a changed place “at home” just as he learned to adapt to life in America.  They all feel as if life can continue “here and there.”

Read more: Finally an heroic judge stands up against inhumane US deportation policy

Galway-woman Teresa O’Hara felt forced out of Ireland in 1987 because she couldn’t manage to get a job during the economic recession when unemployment levels reached 18%. With a Master’s degree in Health Care Policy from the London School of Economics, she came to Boston, long considered a hub for medical research. Teresa accepted the leaving as a necessity. This is what you do if there are no jobs in Ireland. It was a defining Irish story. Over 70,000 other Irish people, like Teresa, aged between 15 and 24 left Ireland during 1988/1989, at a time when the Republic’s population was 3.5 million.

Reliant on her boyfriend’s relatives to help her initially, she was surprised by their ideas about Ireland and being Irish, especially since they rarely, if ever, returned, and some had never even put a foot on the Emerald Isle they spoke of so fondly. They were kind. They were helpful. She just didn’t understand them, nor they her.

She took pleasure in attending events at the Boston Public Library. They liked dancing or going to the pub. She wasn’t a practicing Catholic and certainly not a regular Mass-goer.  They identified strongly as Catholic even named their beloved neighborhoods after the parish. They were flabbergasted when she refused to take jobs for which she felt overqualified. “They thought I was cracked, that I should take any job going.” She confidently held out of a position where she’d advance in her specialty area. Once she got work in a research facility, she moved out, curious about Boston’s other cultures and ethnicities.

When Teresa and Gerry left Ireland in the 1980s, it was a place with a persistent history of emigration, high unemployment and limited possibilities.  It was also a modern society, a place where young people had access to third level education in far greater numbers than had ever been the case in the past. They expected that America would be a modern place, too.

In established Irish neighborhoods the new arrivals in America encountered representations of Irish identity that unsettled them. Several generations removed from the landmass of Ireland, the Irish-identified communities had evolved cherished traditions, practices and rituals to express Irish heritage. To understand how this happened, consider this: In 1871, there were 1,856,000 Irish-born in the US, but by 1991, that number had dropped dramatically to 187,000, an almost 90% decrease.  Despite the disconnect in terms of expressions of Irish heritage, when it truly mattered, they were united. They joined forces in the 1990s to lobby for US immigration reform to benefit the New Irish “undocumented.”

When Ireland’s fortunes improved in the late 1990s, Teresa left Boston, convinced that she could contribute, based on all she had learned in America about health-care policy. Eventually, she piloted a Healthcare Management Program at a college in Dublin.  On the other side of the Atlantic, Ireland now had its share of immigrants, people from Africa, Eastern Europe, Russia, the Philippines, South-East Asia, including asylum seekers from places like Afghanistan and Somalia. At its peak, in one year, from 2006 to 2007, some 100,000 immigrants arrived in Ireland. Teresa met the faces of the globe on the streets of Dublin, at the college where she taught and in the housing estate where she lived.

However, she did not cut her ties with America.  She continued to network with healthcare professionals there and to conduct joint research projects.  The explosion in ICT helped, of course. Aligned to both places on an ongoing basis, Ireland and America, she too became a transnational, maintaining professional and personal ties that made the boundaries of geography seem irrelevant. Located on either side of the Atlantic by the  2000s, Gerry and Teresa’s capacity to sustain personal and professional ties that transcend national borders marked the emergence of extensive transnationalism in Irish-US migration.

In September 2008, when the Irish economy went belly-up, young people had to leave Ireland again, and in large numbers – over 50,900 Irish-born left in one year alone, 2013, out of a total of 89,000 people leaving. And while many Irish headed to Britain, the long-distance destinations of choice were now Australia or Canada, not America, because of the strict immigration conditions introduced in the US after the 9/11 attacks.  Therefore, since the US is no longer the long-distance destination for departing Irish, the 1980s generation’s story is unique – it will never be replicated.

In my book, "Irish Transatlantics, 1980-2015," I use the idea of Transatlantic to illustrate a range of modern Irish migrant experiences that bridge both places – twenty stories in all - most drawn from the eighty-four interviews I conducted in Ireland and America between 2013-2016 for the Archives of Irish America, New York University.  In addition to Gerry and Teresa’s stories, I include profiles of Rena Cody and Greg Glynn because they advocated tirelessly for US immigration reform on behalf of the New Irish undocumented in America (both returned in the 1990s).  Their advocacy facilitated Tyrone-born Catherine Kelly (in NYC) and Donegal-born Jacksie Daly (in Boston) to come out of the shadows, to become legal immigrants in the USA. Catherine went on to study at Columbia and become a professor. Jacksie stayed in Boston, building his construction business, while his wife and child returned to live Donegal. Life continued “here and there” for them, too.

The people I profile – artists, academics, entrepreneurs, carers - describe how they lived through a period of major structural changes, economic downturn and upswings that influenced their mobility, their sense of belonging and ultimately where they lived. In the 1980s, when they arrived into neighborhoods like Yonkers and Dorchester, populated mainly by the descendants of Famine emigrants, they encountered representations of Irish identity in America that suggested a different place to the country they had grown up in. They were bemused and bewildered by the green beer, the profusion of shamrocks, the leprechauns, the slogans about the ‘Fighting Irish.’

Equally, those New Irish who returned to Celtic Tiger Ireland – for lifestyle reasons, to work, to raise their children here, to be close to aging parents - were unsettled by and unprepared for what they encountered.  Ireland had become a place of arrivals with immigrants from many nations seeking the same chances they had sought in America. The 1980s Irish emigrants had to adjust to what it meant to be Irish in America, and now they had to do so, again, back home in Ireland.

I wanted to chart a story of this changed migration circuit, the end of Irish emigration to America as we have known it, and the emergence of extensive transnationalism.  I wanted to document how people who were part of this unusual story made sense of and understood their experiences.  They adapted in response to the changed circumstances and became active agents in a radically altered global environment, used technology to stay in touch in real time and used dual Irish and US citizenship to aid their mobility.

It’s a different story now. I argue that the flow of Irish emigrants to America as we have known it is over and will never be again. Many 1980s migrants entered the US on visitors’ visas fully intending to work as undocumented, as Gerry had done. Once in the US, they catalyzed a political movement, the IIRM, to successfully reform US immigration in their favor. Both steps seem unimaginable now. Some programmes may facilitate short-term residency like J1 student visas (in danger), H1 work visas (under scrutiny) – but these and even the terms of US visitors visas are subject to change.

The undocumented Irish, estimated at between 10-50 thousand out of 11.5 million, will not be given any special deal in a Trump America. With a diminishing presence of the Irish in America (32.7 million in 2015, down from 33 million), I believe there is neither the political capital nor will to replicate the immigration reforms of the 1990s. In addition, future Irish-born migrants to America will reflect the rich diversity of Irish society, where “foreign nationals” from 200 different countries comprise over a half million of the Republic’s 4.6 million. What it means to be Irish “here and there” has become even more complicated.

People like Gerry and Teresa and the other Irish-born migrants in my book, "Irish Transatlantics, 1980-2015," lived at a time when humans transformed the way we interact with one another across distance. There was no compass to guide them, to help them decide what to do, where to live, how to support one another, how to establish new ways of being linked to people and processes in Ireland and America, to navigate a world radically altered by the possibilities of transatlantic connections. Irish Transatlantics were Ireland’s first transnational pioneers whose experience may be valuable to the Global Irish living lives across the new long-distance circuits between Ireland, Canada and Australia.

Íde B. O’Carroll is a social researcher and writer who lives in Amherst, Massachusetts (www.ocainternational.com).  Visiting Scholar at Ireland House, NYU from 2013-2017, she currently teaches at UMass Amherst. "Irish Transatlantics, 1980-2015" published by Cork University Press, 2018 and can be purchased via Amazon.