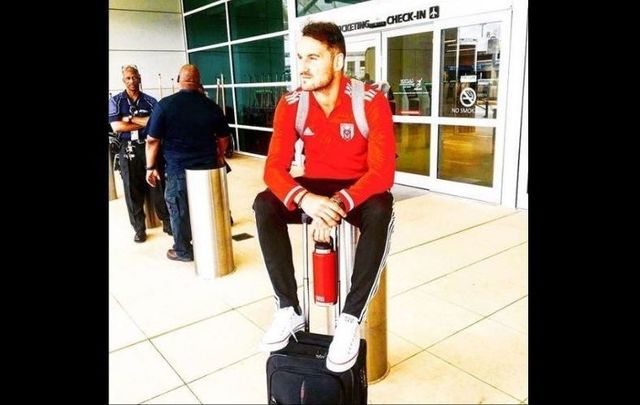 What are your dreams? To travel the world? To find a job you love? How about do both at the same time?

That's almost impossible you say, leprechaun luck and rainbow nonsense. For one Irishman, he made the impossible his reality. Éamon Zayed is Ireland's "Mr. Worldwide" having played professionally in Norway, England, Malaysia, Iran, America, and now the USA.

"As a child, I would head up to the foothills of the Dublin mountains and look out over the city and wonder was there more", explains Zayed from his current home in the heart of the American South in Chattanooga Tennessee.

He has seen more than most footballers who make a journey to England and retire have ever seen. from the intensity of playing in front of 78,000 fans in Iran with Perspolis to the rough and table of the Irish leagues and the new greener shoots of soccer on US shores.

"My father is Libyan of Tunisian descent, growing up we had a lot of culture in our home" with this open-minded approach instilled in both his parents Zayed turned down a chance at Arsenal as a teenager in order to take a more circuitous route into the professional game.

"Playing with Bray Wanderers was like playing with my friends again, it made me enjoy the game," explains Zayed. Almost a decade on this journey, he moved to Iran describing how it was "Something I could not prepare for" with millions of fans watching on TV and thousands in packed stadiums.

"In Iran, footballers are bigger than film stars" yet this intensity and expectation was hard to explain to his friends and family back in Dublin.

"I thought why not travel, see new cultures.. football is worldwide," explains the Chattanooga Red Wolves player who is now finishing his UEFA A license with one eye on a coaching career.

With a truly unique experience of playing across continents and with all types of pressures, his honed, sharp and reassuring approach on and off the field will surely enhance and improve the lives of young players at home or abroad. The Dubliner has also gained two university degrees including a master's in finance and on numerous occasions talks about the impact his mother has had on his career as a supporter and a voice of reason.

For many footballers the world is at their feet, Zayed made that a reality, where the Irishman goes next is anyone's guess but it's one with a smile and with an open mind ready to take on the next challenge.

Watched a documentary on The Great George Best last night..he always said that football ⚽️ should be played with enjoyment and once you take the enjoyment out of the game then what’s the point! That’s the right way of playing, with a smile on your face! Coaches, Don’t Forget ... HAPPY PLAYERS play best! #smile #enjoythegame #football #lifeisshort #happyplayersarethebestplayers #happyplayershappycoach #happydays #soccerdays #⚽️ #🍀

You can watch the full interview between James Mahon and Éamon Zayed here: