For my visits home to Boston, sky's the limit with Irish duty-free shopping

The wonder of Irish duty-free shopping from Chuck Feeney to never arriving home from a trip with your hands hanging! 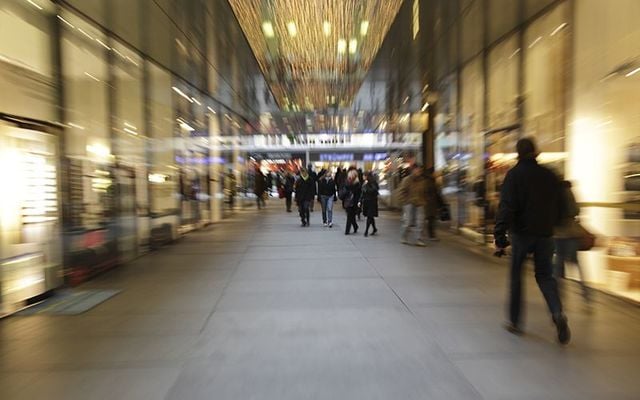 The wonder of Irish duty-free shopping from Chuck Feeney to never arriving home from a trip with your hands hanging!

DUBLIN – I fly from Dublin to Boston two or three times a year.

On each trip, I follow a well-practiced routine. Even when I am absolutely sure that every gift-giving contingency has been covered, I pick up an extra Irish calendar or book, or maybe a set of decorative coasters or a box of superior Irish chocolates, as I proceed toward my boarding gate in Dublin.

As my mother taught me and my siblings many years ago: Never arrive anywhere with your hands hanging.

Of course, I'm lucky in this regard. As anyone who’s been to the Emerald Isle knows, Ireland is blessed when it comes to last-minute pre-flight shopping, boasting a couple of exceptional duty-free outlets at Dublin Airport in the east and Shannon Airport in the west. It’s only fitting, since the idea of offering a retail experience free from national tariffs and taxes originated here.

In 1947, a forward-thinking Irish civil servant named Brendan O’Regan started the air travel cash registers humming when he opened the world’s first duty-free liquor shop at Shannon Airport. (Given the supposed health benefits of a good smoke back then, cigarettes were also offered for sale.)

Initially, only airline stewards were allowed to buy the cheap booze and smokes, as well as a selection of souvenirs and gifts, which they then re-sold to passengers when the plane was in the air.

Later, passengers were allowed to make direct purchases at tax-free prices. (Indeed, I recall that my Irish-born grandmother availed of the service in the 1960s and 1970s, after her summertime visits to Cork, returning to Boston with a bottle or two of Bailey’s Irish Cream in her possession – as well as several reels of priceless home movies.)

Irish airport officials soon realized, however, that despite the age-old popularity of alcohol and cigarettes, it might be wise to broaden their range of goods. As a result, once you get through security at Dublin or Shannon Airports these days, you step into a glitzy retail world offering electrical goods, clothing, glassware, cosmetics, snacks and souvenirs – all aimed at thousands of anxious travelers like me who worry that an extra gift might be needed for an aunt or uncle or favored friend back home.

Well before my transatlantic crossings commenced, Irish-American businessman and philanthropist Charles Feeney also saw the huge potential in duty-free sales. He co-founded Duty-Free Shoppers Group in 1960, and today the company – known simply as Duty-Free Shoppers – is the largest player in the $30 billion global duty-free markets, operating in 420 locations worldwide.

Of course, given the cut-throat nature of the retail trade these days, it's debatable whether returning air travelers actually pay less for their duty-free purchases than they might for the same items in an Irish shopping center or gift shop.

But such cold calculations fail to take into account basic human nature.

According to the online literature, duty-free founder Brendan O’Regan was awarded two doctorates of law during his long and distinguished career. As my own worrisome airport purchases over many years have demonstrated, what he really deserved was a Ph.D. in Consumer Psychology.