IrishCentral Contributor CJ Clancy's tale of an Irish man who goes abroad, only to be beckoned home by a surprise. 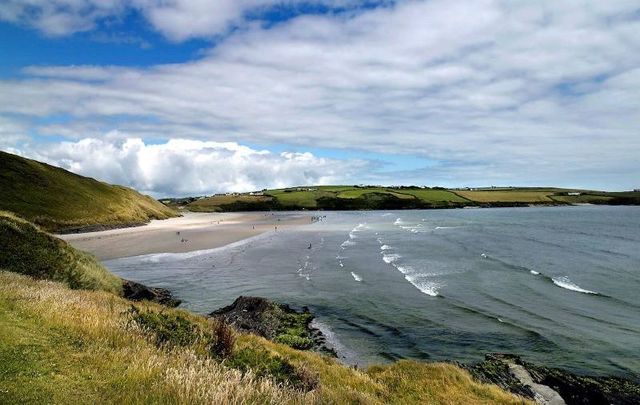 Seán is an engineer from West Cork married to a pretty Connemara woman with two kids. Work has dried up and like a lot of Irish people in the 1980s, he decides to take work abroad. Seán is offered a six month contract in America and reluctantly decides to take it.

Five months into his contract and Seán is looking forward to going back to his family in Clonakilty when he gets a phone call from his wife Máire out of the blue.

"Pregnant!" says Sean puzzled. "How far gone are you?"

The buck finally drops with Seán and he roars into the phone, "Who is it? Who got you polled?"

"I don't know," she cries into the phone over and over again.

"I'm sure you don't! It's hardly the second coming of Christ," and hangs up the phone shaking with anger.

Three weeks go by and Seán starts to soften. "I did just up and leave to America and the relationship has gone platonic. We have two young kids."

He phones Máire up and tells her he'll be home in a week and they'll work things out. But he can't get her to say who the father is, she just gets upset and goes silent.

Eighteen months go by and Seán is raising the child, a boy (Patrick) like his own. Besides the odd smart comment in the pub "He's the fella that can impregnate his wife five thousand miles away in America," he's taking it fairly well.

The child is a year old and Sean decides to get a DNA test out of curiosity.

"Seán! I'm sorry to confirm you're not the father but the child is related to you!" says the doctor. "Call in on Friday and we'll discuss it" and hangs up.

Seán can't figure this out and walks outside for some air just as his younger brother Páidi pulls up on his bike.

"Páidi! the doctor is after telling me I'm related to the child but I'm not the father."

Páidi turns bright red and hops back on his bicycle and flees without saying a word. It's then that Seán realises that Páidi is father.

Names and locations were changed