When such sadness strikes in varying forms, we find that unity is strength and that our Irish community is especially helpful in the grieving process. 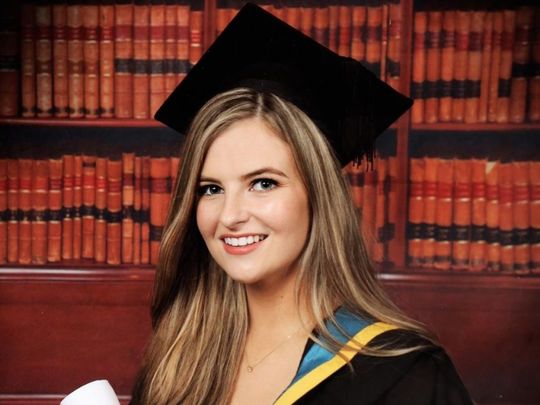 As we move along this journey on earth we learn and accept that death is a part of life though when it comes suddenly and unexpectedly, it can demand more understanding and faith no matter what the age of our dearly departed family member or friend.

When such sadness strikes in varying forms, we find that unity is strength and that our Irish community is especially helpful in the grieving process.  Comhaltas Ceoltoiri Eireann, founded in 1951, is predicated on traditional Irish music and dance and our native heritage, and there is great healing power in the music along with our Catholic faith.

That common thread is something that is foremost in my mind these days with the tragic passing of the young Aisling Murphy in Tullamore, County Offaly and one of our most beloved senior citizens, Kathleen Gallagher.

The Irish community worldwide was shocked and stunned last Wednesday with the senseless and brutal fatal attack on Aisling on the pathway called Fiona’s Way along the Grand Canal in Tullamore, robbing a beautiful and talented young lady of her life at the age of 23.  The full details of that heinous crime have yet to be detailed before she was laid to rest on January 18 in the Mountbolos Cemetery after her Mass at St. Brigid’s Church attended by President Michael D. Higgins and Taoiseach Micheal Martin.

Word of her passing came to me first from the Comhaltas Uachtarain Eamonn O hArgain via a Facebook post as Aisling was well known as a CCE musician from the age of five under the tutelage of her fiddle teacher Attracta Brady in Tullamore in the Ballyboy branch.

She acquitted herself well in CCE fleadhanna right up the last ones in Drogheda before the pandemic and was selected for both the Irish and the English tour groups and its National Folk Orchestra. The horrible news quickly spread throughout the network of many fellow musicians near and far who would have known her directly, especially her young peer group.

The loss of a young woman who simply went for a run after teaching her first class at Durrow grammar school in her first year after graduating as a teacher from Mary Immaculate College in Limerick instantly stopped Ireland in its tracks and thanks to social media, throughout the diaspora also.

Candlelit vigils sprung up from that tragic day as the world mourned the loss of the girl who packed so much into her too-short 23 years through her music, sport and teaching talent and zest for life in sympathy and solidarity with her parents, Kathleen and Ray, sister Amy, brother Cathal, and her partner Ryan.

The aptly christened Ashling, which means dream in Irish, was so full of promise and potential based on what she had already accomplished in her young life as a musician and teacher in Ballyboy Comhaltas for young people in solo and group classes. And her first-year students were the pride of her teaching career just underway.  The heartbreak and lessons learned too young were especially tough to imagine.

Ashling Murphy’s legacy hopefully will not be just a remembrance of an inhumane act by a deranged individual, but as a need to respect the human dignity for all of us, and especially women who feel too vulnerable in everyday circumstance from violence perpetrated by men.

Will it be a watershed moment for us all or tears wasted in vain because we didn’t comprehend the meaning of a life that was snuffed out on a Tullamore pathway when just going for a run?

We can also learn many lessons from a life well lived by Kathleen Gallagher, who left us in her 85th year on January 2 after nine days in hospital trying to recover from a fall in her own kitchen.

A friend for over 30 years in our mutual love and support for traditional Irish music and dance, she was the long-time chair of my own CCE branch, the Coleman-O’Grady club based in the Kerry Hall in Yonkers servicing its Bronx and Westchester membership.

Her obituary shared so many facets of a life of persistence, perseverance,

and achievements with ups and downs that never held her back, and an endless string of friendships wherever she went right up to her last days.

She met the love of her life, Stephen Gallagher, from Gort, Co. Galway at one of the Fordham area Irish dances, and they were married in 1957 until Stevie passed away at home in Gort after dancing a Galway set in 1994.  They had six children while she put aside her interest in the medical profession until the youngest was in grammar school.

Her own interest in Irish music and dance was passed onto her children, and her son Stephen was the first American to win the senior world championship in Irish step dancing as a Donny Golden student. Kathleen had learned from Jerry Mulvihill years earlier who also taught Golden.

The late Stevie and herself were key cogs in the Parents and Students of Irish Music and Dance for years, also making life-long friends there as well.

Her spirit of volunteerism in the 28 years she survived Stevie’s passing had driven her to massive contributions to our Irish community not alone to both Comhaltas and the Parents and Students but also as a very active member of the Kerry Association, the HOPe charity, and the Doonbeg club.  She chaired the annual Communion breakfast for Calvary Hospital for years, a place where she worked as a nurse.

Along the way, Kathleen made many friends of all ages and treated them with respect and concern that was most admirable and telling of her own character and belief that “friends treat you like the friend you are.”

Both Aisling Murphy and Kathleen Gallagher’s lives mattered in the quality they represented, though their lengths were different, and offered the best examples of why community matters. Kindness and respect were hallmarks of their respective lives which should inspire every day as the best way to remember them.