Pitched battle between Pro-Life and Pro-Choice gears up ahead of summer 2018 to repeal Ireland's Eight Amendment. 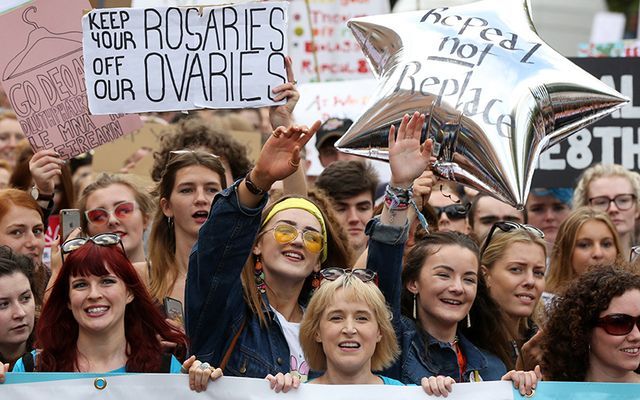 Pro-Choice protesters at Dublin's "March for Choice" in September 2017. RollingNews

Activists on both sides of Ireland’s bitterly divisive abortion debate are gearing up for a protracted campaign ahead of a referendum which will take place in May or June of next year.

With repeated surveys showing that voters would back limited liberalization in cases of rape or fatal fetal abnormality, both sides have already organized mass street demonstrations in Dublin and begun campaigning door-to-door across the country.

The Eighth Amendment of the Irish Constitution – which gives an equal right to life to the mother and unborn child – is seen as one of the most restrictive abortion laws in Europe.

The notorious 1992 ‘X-case’, when a 14-year old rape victim was prevented from traveling to the United Kingdom for an abortion, led to the drafting of the current ban after a bitterly divisive referendum.

A woman who has an abortion could, in theory, face 14 years in prison even though 3,260 Irish women traveled to the UK to do so last year. It is also illegal even to give out information about terminations.

Pro-choice campaigners say that there is a mood for change across Ireland, but pro-life activists believe that the Eighth Amendment has saved thousands of lives.

They say that many ordinary people have genuine concerns about liberalization which are not always reflected in the national media.

Earlier this year, a Citizens’ Assembly made recommendations for a change in the law which are currently being examined by a parliamentary committee. A final report is due in December, before the referendum takes place next year.

There is hardly a day when the issue of abortion does not make headlines in Ireland.

Unfairness to anti-abortion side

Just this week, two anti-abortion members of the Oireachtas Committee threatened to withdraw amid claims that they were being treated unfairly. 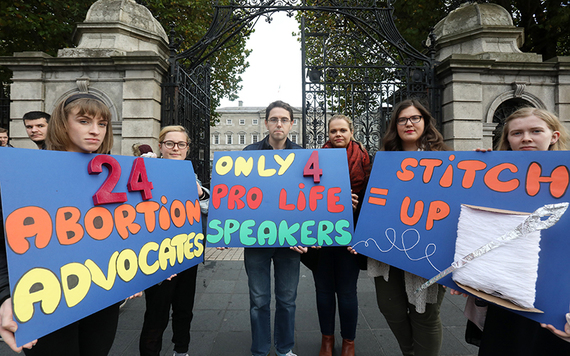 Pro-Life campaigners protest outside Ireland's government buildings that their views are under-represented.

The committee hearing has heard evidence from medical experts that women in Ireland were using coat hangers and drinking bleach with the aim of forcing miscarriages.

Also, this week, there were calls for the impeachment of a students’ union leader in Dublin after she banned information about abortion from a student handbook.

For veteran pro-choice campaigner Dette McLoughlin, there has been a clear and significant change in attitudes since the current legislation was enacted in 1983.

She said that the death of Savita Halappanvar, a 31-year old Indian dentist, completely changed attitudes in Galway five years ago.

After having been denied an abortion at University Hospital Galway, Savita died because of complications relating to a septic miscarriage at 17 weeks’ gestation.  The October 2012 case made headlines across the world.

“I don’t think it is ‘50-50’ anymore,” said Ms McLoughlin on Friday. “From our campaigning, we can tell that the tide has turned. There is a completely different reaction when we canvass people now, even compared to five years ago.

“Attitudes have changed so much since the Savita case. We used to get abuse when we campaigned for abortion in Galway, but that has all faded away. We get great support at our street stalls in the city center and that would not have happened a few years ago.”

Ireland has moved on

Ms McLoughlin pointed out that Ireland was now a completely different country.  She said that homosexuality and gay marriage had been legalized, Magdalene Laundries and Mother and Baby homes had closed, and divorce had also been introduced since the 1983 legislation banned abortion in Ireland. 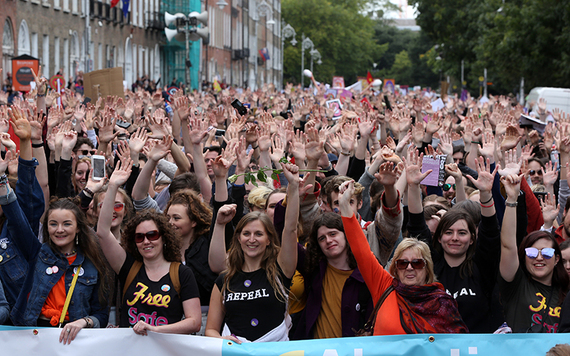 “This is something that belongs in a by-gone era,” she said. “Women used to come up to us and cry at our street stall in Galway city center. Things have changed, but people might still be unwilling to wear ‘Repeal the Eighth’ jumpers in more conservative small towns or villages.”

However, Tommy Roddy – who ran as anti-abortion candidate in the 2016 General Election – said that many people had genuine concerns over the liberalization of the abortion laws which were not being reflected in the media.

He said that it was too easy to stereotype those who were against liberalization. For example, he had campaigned in favor of Marriage Equality in the 2015 referendum and helped to organize the Gay Pride festival in his city.

“I have even had arguments with friends of mine over this issue,” he said. “There seems to be this assumption that if you were in favor of gay marriage, for example, that you must be pro-choice. I was criticized for my pro-life views in the General Election, but my view is that there is a pro-life culture here in Ireland.

“Next year’s referendum is basically a referendum on human rights. The right to life is the most fundamental right the vast majority of us take for granted. Without this right, all other rights are naturally meaningless. 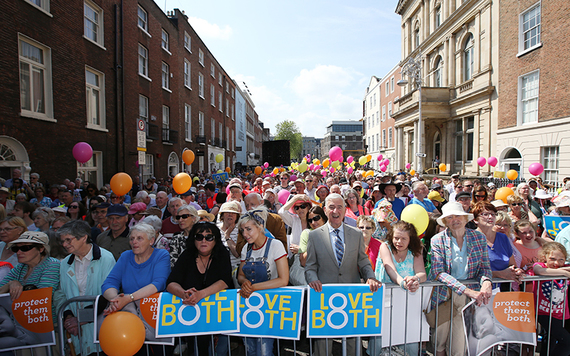 Roddy said his view was that an unborn baby had a right to life, even in a rape case, and claimed that a lot of women viewed abortion as a second violation after rape. “I don’t believe in abortion in any circumstances,” he told IrishCentral.

Eilis Mulroy, of Galway Pro Life, said there was a strong grassroots organization in favor of retaining the Eighth Amendment in her area.

“It is important to get the message out that people who are involved in pro-life activism cannot be stereotyped,” she said. “The Eighth Amendment is something we should be concerned to protect and build upon.

“Too often, we are presented with the case for repeal without giving the public the chance to consider the positive impact of the Eighth Amendment. This is a human rights issue. Who are we to decide that some lives are less valuable than others? I believe that thousands of people are alive today because of the Eighth Amendment.”

She pointed out that one in five pregnancies in Britain result in abortions and that the “abortion culture” in the UK was not envisaged when the 1967 legislation was introduced there.

“Laws tend to shape behaviors and attitudes and over time abortion became normalized in the UK,” she said. “There, 90% of babies diagnosed with Down Syndrome in the womb are aborted and abortion is available up to birth if a baby is diagnosed with any disability.”

A recent Irish Times poll found that more than half of voters (57%) favored limited access to abortion, such as in cases of rape, fatal fetal abnormality, or a threat to the life of the woman.

But less than a quarter were in favor of holding a referendum to allow abortion in all circumstances, up to 22 weeks of pregnancy.

Two weeks ago, up to 30,000 people from all across Ireland descended upon Dublin city center to call for an early referendum to repeal the Eighth Amendment.

Desire for change is evident

Among them was Siobhan Cawley of the Social Democrats party, who travelled from Galway to take part in the march. She has been prominent in the Repeal the Eighth campaign in her city.

Siobhan said a desire for change was evident on the streets and that the Citizens’ Assembly, in which ordinary men and women called on the Government to repeal the Eight Amendment, reflected that change.

“People are breaking the law even just by giving out information to those who seek abortion. There are so many brave women coming forward to tell their stories, just as there were during the Marriage Equality referendum two years ago.

“This is not just something that should be confined to back alleys. It’s a health care issue and I know so many women who have had to travel abroad for abortions. There used to be so much stigma and shame about this issue. There’s a risk in sharing stories, but there are now so many brave women who are prepared to come forward and share their stories. The campaign has already begun.”