It wasn't a hard decision to make once we decided our first son should be in memory of the person who put us together. 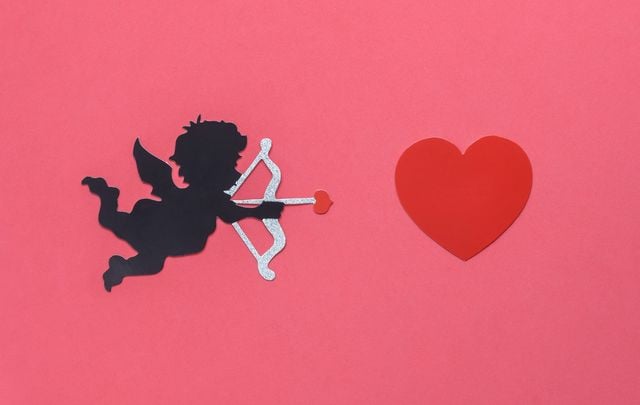 A matchmaker introduced me to my husband. Getty

It wasn't a hard decision to make once we decided our first son should be in memory of the person who put us together.

Wil was the database guy and I was the receptionist. We worked together at a midtown Manhattan staffing firm for a mercurial boss whose temper left the whole company weary by the end of each day (or lunchtime, depending).

The one positive about this kind of work environment is the bond you form with your co-workers. Though I am long gone from that place when I think of it now, this Irish proverb comes to mind:

(When the cat’s outside, the mice do be dancing.)

I was hired in 2005, almost a year before Wil, who was first brought on as a temp, tasked with cleaning up the database. This eventually evolved into a full-time permanent job as the all-around IT person. My workday began at 8:30. Wil came in later and for the first month, we did no more than exchange nods when he passed by my desk on the way to his. Then one day, I said something to him that I’ll never recall but I know his answer was,

And we were friends. Wil and I lived, we learned, only four blocks away from each other in Brooklyn, my hometown. Wil was from Florida.

We knew we were lucky to have jobs with health insurance that also paid enough so that we could afford our respective rents. Wil, because he had roommates. Me, because my apartment was a five-floor walk-up only slightly bigger than a college dorm room.

Yet, we both understood what it was to have your creative life—your real life—pushed to the margins by the need to make a living.

Wil’s desk was right behind mine, though a wall separated us. We spent a decent part of every day chatting over instant messenger. Once I asked, “They can’t trace these, right?”

"They" meaning the company, "trace" meaning print out and read. He laughed. “They are not that sophisticated.”

Soon, Wil began telling me about a friend of his. They’d met in the music program at Florida State University. When Travis first moved to New York, Wil helped him find a place to live in Brooklyn; he was roommates with Wil’s twin brother. Travis played classical guitar. He was getting his Masters in Music Technology at NYU. He’s quirky but in a good way.

The next time Wil mentioned this Travis, I asked “Is he your age? I don’t want to go out with a twenty-five-year-old.”  Because I was thirty-two.

“Don’t worry,” Wil said. “Travis is the oldest of all our friends.”

“He’s really good-looking,” Wil said. “I was really disappointed when I found out he was straight.”

In mid-April 2006, Wil told me that the coming Saturday was his birthday and he and his friends would be celebrating at a bar in the city.

I’d never been on a blind date before. In my mind, they belonged to the extroverted, those skilled at generating small talk from awkward silence and then guiding the conversation. Not me. Then Wil pointed out it wouldn’t really be a blind date. Travis and I would simply be guests at the same birthday party.

I had recently, finally, finished the novel I’d been working on for ten years. Though I did what I could in the evenings, Saturdays and Sundays were the capstones of my writing time.

Entire weekends passed where I went without a single social interaction beyond a ‘thank you’ at the Key Food or the CVS on Love Lane in Brooklyn Heights. But the book was done. Maybe, I thought, it was time to actually leave my apartment after dark.

“Where is this guy from anyway?” I asked.

“Miami?” My eyebrows went up. I had a native New Yorker’s bias against Florida, wherein it was only a place you went to escape the cold, as though it were a backyard where the weather is entirely different than at the front of the house.

“Who actually grows up in Florida?” I asked.

Catherine Collins was the name of my paternal great-grandmother. I never met her. In fact, my father never met her. He spoke once of growing up in Brooklyn, how strange the concept of ‘grandparents’ was to him, the son of two Irish immigrants.

Catherine is the reason I spell my last name the way I do.

She married Peter Donohue, whose cousin who owned a general store. On the sign, he spelled the name DoNoHoE. Catherine changed the spelling of the family name from Donohue to Donohoe. Possibly, she simply preferred it. Or she might have been angling to align herself with this prosperous relative, thinking ahead. She knew that only her oldest son would inherit the family farm in Tuam. Perhaps she was trying to keep at least one child from leaving home.

She and Peter would have eight children, four boys and four girls. In the end, two of them did go, Patrick first and then Edward, my grandfather, a few years later. We had a single picture of Catherine, a portrait in sepia. I can see a resemblance to my grandfather. The shape of her face. Her brow. 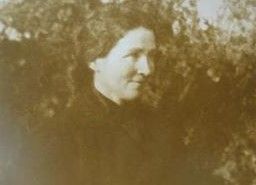 There are a lot of reasons to agree to meet someone. The promise of good looks. Quirkiness, whatever form that takes. Because he grew up in a city completely different than your own. That a friend believes you will like each other. That you like his name.

“If I marry him,” I told Wil, “then I’ll have pretty much the same name as my great-grandmother.”

I laughed. “That might be even more interesting. I’ve been meaning to research my family tree. Where is this party?”

The Bourgeois Pig was the answer. A wine bar in the Village, on MacDougal Street.

Two years later, Travis and I were walking in Prospect Park on the 4th of July, breathing in the heat of the day and the scents of charcoal and hamburgers. We turned aimlessly down one path and then another, talking about what to name the baby.

Since I wasn’t due until late February, we had not told anyone yet. Though we’d decided not to find out the gender, I was sure of some things already. First babies were typically late so the baby would be born in March. The baby would have green eyes and black hair, like Travis. The baby was probably a girl. The baby would be beautiful.

“There are a million good names that aren’t Irish,” Travis answered.

Maybe as I said it, Travis was remembering what Wil told him about me, before we met. She’s quirky but in a good way.

I suggested Aoife, Niamh or Aisling or Una, after my father’s mother. Travis pointed out that no one in America would know how to spell or pronounce any of them.

One of us said, What about William?

Yet much as we liked the idea of naming our son after the person who’d introduced us, we both agreed that only the full name would do. Could William hold against its range of nicknames?

Then I said, “Liam is the Irish form of William.”

I was drawing in a breath to laugh, after which I might have said, “That’s settled.” Or perhaps, “That was easy.”

But before I could, Wil came around a bend in the path.

After a stunned moment, Travis and I returned his enthusiastic greeting and stammered, in answer to his question, that we had no plans for the holiday. We’d just been out for a walk. Wil told us he was just hanging out with friends. He invited us to join them and so we did.

When Travis and I were settled on the grass in the Long Meadow and could talk without being overheard, I said, “I guess this means it’s a boy.”

Travis is not particularly superstitious, but he hesitated. “Maybe.”

On another walk in Prospect Park, this time on a rainy October afternoon, we chose a middle name to go with Liam. James, for Travis’s grandfather and from there I suggested Norah for a girl, after Nora Barnacle. And it was settled. Liam James or Norah James.

Travis and I got married on February 5, 2010, a bright, bitterly cold morning. The ceremony was at Brooklyn’s City Hall, took ten minutes and cost $25.  Travis paid. “Can I have the receipt?” he asked the clerk, who rolled her eyes.

Wil served as best man, the man of honor, ring bearer and videographer. Right after the ceremony, I tossed him my bouquet. He caught it, held it aloft, and declared,

“Someday it will be legal!”

Seventeen days later, just after midnight on the day before my due date, Travis and I headed to the hospital via car service because we’d been warned not to take the subway even if we believed we had plenty of time. Anything could happen. The driver, sleepy, bemused, got us there in fifteen minutes.

Somewhere between twelve and fifteen hours later, a nurse came in at the start of her shift. She exclaimed, “You’re the couple having the girl!”

Travis and I looked at each other.

“Oh! That’s right! That’s the couple down the hall,” she said. Mortified, she scurried out.

I turned to Travis. “Norah James then.”

“She doesn’t know anything,” he said.

Neither did we for another twenty hours, give or take.

Two years later, we attended Wil’s twin brother’s wedding at a hotel in the Hudson Valley. Just months ago, their mother had been diagnosed with an aggressive form of cancer. By then, September, she was in a wheelchair. Weeks later, she would pass away.

The wedding took place on a terrace, right beside an array of September Roses. Shortly before it began, Wil introduced Travis and I to her. She turned to her friend and said, excitedly, “This is the couple who named their baby after Bill!”

I took out my phone and showed her a picture.

Liam, the Irish form of William. 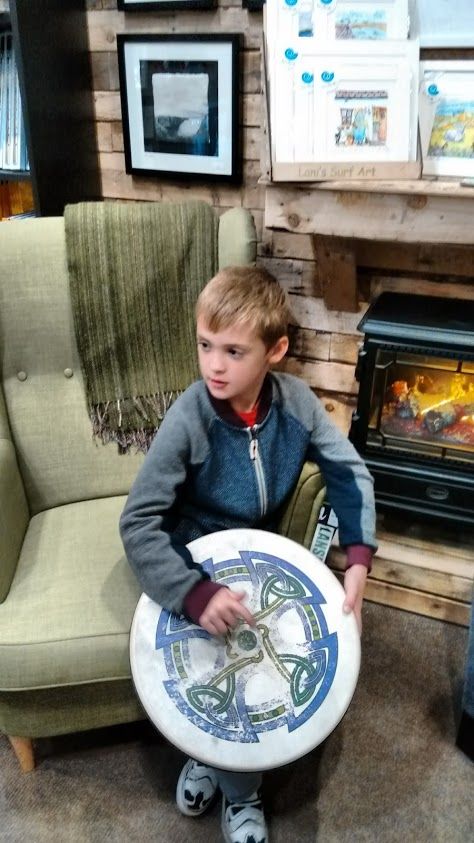 Do you have any great matchmaker stories? Let us know in the comments section, below.