Andrew McCarthy, who starred in "Pretty in Pink" and "St. Elmo's Fire", has spent recent years exploring Kilimanjaro and the wilds of the Amazon as a National Geographic writer. 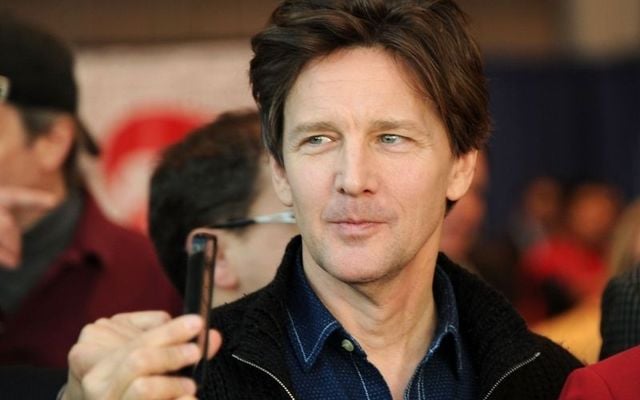 You might have seen Andrew McCarthy on a talkshow or a magazine cover. Getty

It was nearly a decade ago, but I still recall reading about this guy who was on a “quest” to find “the courage to settle down.”

Not the kind of thing we usually associate with courage. In the heroic Hemingway sense of the word.

But it seems this guy had been married once and had a kid he clearly adored. And he began dating an extremely beautiful and extremely patient Dublin woman, and they were planning to marry. Eventually.

But, you know, it takes courage. To leave that single life behind.

So this guy needed to clear his head. A walk to the corner? A bike ride?

Nah. Off to Costa Rica, and the wilds of the Amazon, and even Hemingway’s beloved Kilimanjaro.

Because this guy also worked for National Geographic Traveler magazine for a bunch of years.

Sure, he was born and raised in Jersey, where I happen to live these days, but when this guy went on vacation it wasn’t for cheesesteaks in Wildwood.

Some people get lucky in life. They work hard, and work harder and, sometimes, get really (really) lucky.

Because our friend jetting off to Costa Rica and getting married to a Dublin woman? That’s his second career.

Before all that, he was a star in a little movie called Pretty in Pink. And St. Elmo’s Fire, and Less Than Zero.

He’s got a new book out. You might have seen him on a talk show or magazine cover.

Oh, Andrew. Still Blane after all these years.

That’s the character McCarthy played all those years ago in Pretty in Pink. Super-rich. Dressed like a Gap model in high school even though he was closer to 30 than 18.

And so dreamy Molly Ringwald just can’t stop chasing after him even though she’s from the wrong side of the tracks.

When I was a Staten Island high school kid, Molly’s wrong side of the tracks was the place I wanted to be!

And yet, Blane had to “struggle” to figure out if this was the girl for him!

Let’s be clear. I loved those classic 80s teen movies. And maybe part of their appeal was how un-ethnic they were.

Cliques and class, money and status. But no Irish or Italian or black or Hispanic folks to make things even more complicated.

As good as these movies were, though, the Blane characters -- that damn Andrew McCarthy -- usually ended the movie with money, status and the pretty redhead from the wrong side of the tracks.

And so as the 90s dawned, in the back of my mind, I was probably happy to see things get a little lean for Blane, uh, Andrew, after Weekend at Bernie’s.

But it turns out he’s been writing books, and for glossy travel magazines. Getting in touch with his Irish roots.

“Actually going and walking that roadside and thinking about my great-great-grandfather walking down that road, that’s an interesting thing,” he told The Washington Post a few years back, after contributing an essay to a book called Journeys Home: Inspiring Stories, Plus Tips and Strategies to Find Your Family History.

“And standing on that hillside, to think that my great-grandfather stood there as a young guy and left it and knew he’d never go back -- what a terrifying journey that must have been for all those people who left Ireland, knowing it’s a one-way trip. I think that’s sort of heroic.”

Seems the years have also brought to Andrew a poetic appreciation for his ancestors.

Well, don’t you just have it all now!

And in case you might be thinking that Ringwald has fallen on her face after getting off to such a fast start, you should know she still acts. When she’s not singing on stage. Or writing a new novel. Or translating another -- from French!

Shaking my head. For 30 years now.

You guys couldn’t just be young movie stars? Had to keep striving and working and exploring?

While the rest of us figure out what to do on this side of the tracks.