Could the US college admissions system learn from the Irish Leaving Cert? 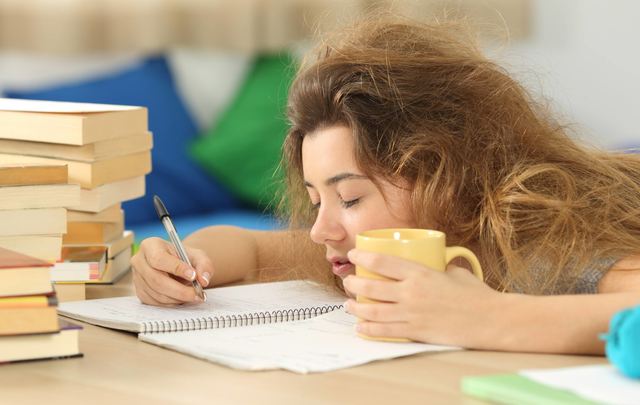 Could the US college admissions system learn from the Irish Leaving Cert?  Getty

Could the US college admissions system learn from the Irish Leaving Cert?

When my son entered Fifth Year at his Dublin secondary school and his life suddenly focused with laser beam intensity on his college entrance exams nearly 24 months away, I fumed at the one-size-fits-all selection process Ireland uses to dole out its precious university places.

The specific object of my ire, which I'd been anticipating as a parent for years, was the soul-sapping Leaving Certificate Exam.

Why was I so perturbed?

Mr Justice Richard Humphreys said the state exams appeals process was highly unfair and caused untold stress to Leaving Cert students waiting to hear if they had won a place at university. He said the situation that had arisen in the case should not be repeated next year.

In brief: Every year, spread over three weeks in June, Irish sixth-year students – the equivalent of American high school seniors – undergo a punishing endurance test known as the Leaving Cert, which consists of a series of three-hour-long exams conducted in every subject and covering two years' worth of coursework. The exams are identical for every student in every school, from Donegal to Dublin to Cork.

Unless you're living here, it's hard to imagine the national bout of anxiety that accompanies the Leaving Cert. The mainstream media – radio, TV, and the newspapers – all play their part in hyping the experience by interviewing psychologists on possible coping strategies for students, as well as speculating with educators on the likely topics that will pop up on, say, the English and History exams.

Honestly, how was your Leaving Cert when you did it?

I'm exhausted, stress eating & eliving feelings of inadequacy that I had when I was young yet I've a 10 year career behind me. Can't imagine what I'd feel if I needed to get into Uni. Share your stories please.#LeavingCert

The exams are graded over the summer by independent assessors, the results are issued in August, and the combined points total is then the sole factor in determining where a student ends up in college and which course of study he or she will pursue. It's all very impersonal and involves minimal interaction between secondary school students and their preferred third-level institutions.

Which is precisely the point.

And why I've come to belatedly appreciate the value of such a blind college admissions system.

In his 2006 study "The Price of Admission," journalist Daniel Golden estimates that as many as 55 percent of students applying to elite US colleges are given special consideration, under various guises. These privileged young people might be minority applicants, recruited athletes, the children of faculty, or the offspring of people likely to become generous donors.

For many freshmen at Harvard, the lawsuit over the university's use of affirmative action in admissions has been personal. I sat down with 5 of them to talk about it: https://t.co/V2kpzKsNN8

Mr. Golden isn't alone in portraying a system that is far from being a meritocracy. An organization called Students for Fair Admissions (SFA) is currently suing Harvard in a Boston courtroom, alleging that the university is deliberately limiting the number of Asian-American students admitted each year. The proceedings have revealed, for instance, that over 200 variables are considered in the Harvard admissions process, such as applicants' grit and effervescence or, on the flip side, their blandness and immaturity. SFA contends such determining characteristics disadvantage Asian-American applicants who might have superior academic credentials.

And of course, there are other age-old factors that discriminate against all non-legacy or low-income applicants. For example, in one e-mail disclosed in court, Harvard dean of admissions William Fitzsimmons is congratulated by another university dean “for admitting several high-profile applicants into an incoming class, including one tied to a donor committed to a new building for the university,” according to a report in the Boston Globe.

Read more: Remember: the emigration of Irish youths is a public policy

I can still remember my son's disappointment last year when he didn't receive his first choice college program – all for want of a handful of Leaving Cert exam points. Even so, perhaps my antagonism toward the Irish admissions system over the years has been misjudged.

For all its imperfections – and there are plenty – the Leaving Cert has two principal benefits. First, it provides a comprehensive (and intensive) two-year education at the high school level that would fit nicely into the core curriculum of any American university. And second, the Leaving Cert is a fairer (and much less expensive) system than the US model for sifting through college applicants – especially when you consider the self-serving Harvard admissions process currently on show in a Boston courtroom.

Boston native Steve Coronella has lived in Ireland since 1992. He is the author of "Designing Dev," a comic novel about an Irish-American lad from Boston who's recruited to run for the Irish presidency. His latest book is the essay collection "Entering Medford – And Other Destinations." Both are available from the Amazon Kindle Store.