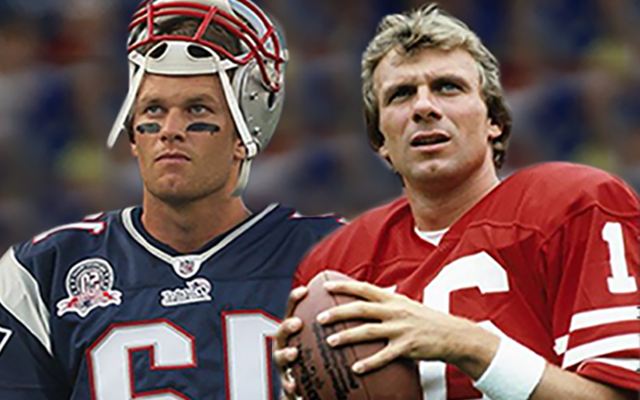 Tom Brady, the revered Irish American quarterback, brought the Patriots to a stunning upset victory in last night’s Super Bowl. But he isn’t the greatest quarterback of all time. Here’s why Joe Montana was better.

1 Montana took over when 49ers were 2-14, and led them to a Super Bowl within two years. Brady’s Patriots were never that low.

3 Montana never threw any interceptions in Super Bowl. Brady has had several.

4 Montana’s last minute heroics against Cincinnati in Super Bowl XX111 when he marched the team 92 yards in 3 minutes for the winning touchdown was incredible. Tom Brady has never had such a long march.

5 Montana was MVP every Super Bowl he played in.

Do you agree? Who do you think is the greatest quarterback ever? Let us know in the comment section.