A highly regarded sports journalist left Irish readers bemused at the description of Dublin as somewhere close to a war-torn country. 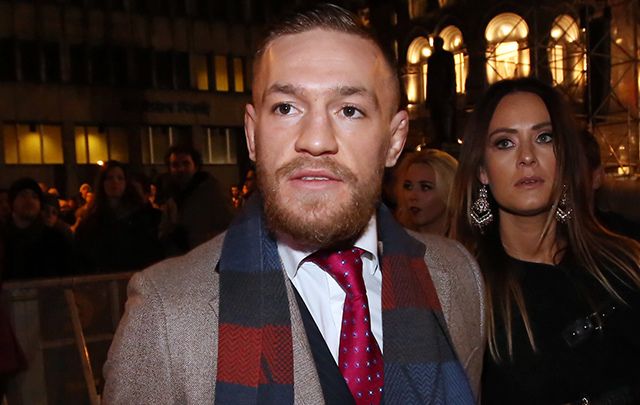 Conor McGregor in Dublin. An ESPN profile on the MMA fighter has been heavily criticized in the capital. RollingNews.ie

An American journalist’s profile of the Dublin community Conor McGregor grew up in has been mocked as “lazy stereotypical bull***t” and widely condemned.

Wright Thompson’s piece for ESPN totals some five thousand words, many of which are devoted to a portrayal of Dublin as a crime infested city, ruled by gangs.

Dear @espn. I grew up in both the "projects" *ahem* of Crumlin and Drimnagh. This is lazy stereotyping bullshit of the highest order... https://t.co/vAm1ysniFA

The article begins with an account of “drug dealers” who spot Conor McGregor’s BMW and “couldn't believe” that the Dublin man had passed them by.

It’s unclear whether Wright Thompson actually visited Ireland for the piece but he confidently assures us that Dublin is “a clannish, parochial place. Crossing the wrong street has traditionally been reason enough for an ass-whipping. Men have had to drop dates off at bus stops instead of walking them all the way home.”

An alternative career path open to McGregor, we learn, was to become involved in gangs and although, “That world was always there for Conor... he never became the most charismatic and terrifying debt collector in the streets of Dublin. He and his friends knew they didn't want the paranoia or prison stints or early death that surely follows the selling of cocaine.”

One journalist who lives in the Crumlin area that McGregor grew up in derided the portrayal as “unrecognizable” and people on Twitter were also quick to question the accuracy of the piece.

used to say i "lived" on crumlin road for seven years but maybe i have to start saying i "survived" https://t.co/QAPcuONwY5

I'm enjoying that ESPN piece on Conor McGregor. It's making me feel fierce tough. I think we should just let them think Dublin's like that

It's neck & neck, but it appears that Wright Thompson has momentarily surpassed Floyd Mayweather as the most snickered at figure in Ireland.

But plenty of Americans enthused about the article.

New Wright is just what this rainy Monda morning needed, thanks for sharing!

Oh my god WrightThompson is the best sportswriter alive and he wrote a McGregor profile https://t.co/8X7zNKOtT8

There aren't many writers who have been consistently incredible in my lifetime like Wright Thompson https://t.co/bG9PZmrqWZ

Whilst his reputation certainly seems to have taken a battering in Ireland, at least his American readers haven’t taken offense.