"The Quiet Girl" director Colm Bairéad discusses his inspiration and use of the Irish language in his history-making, Oscar-shortlisted film. 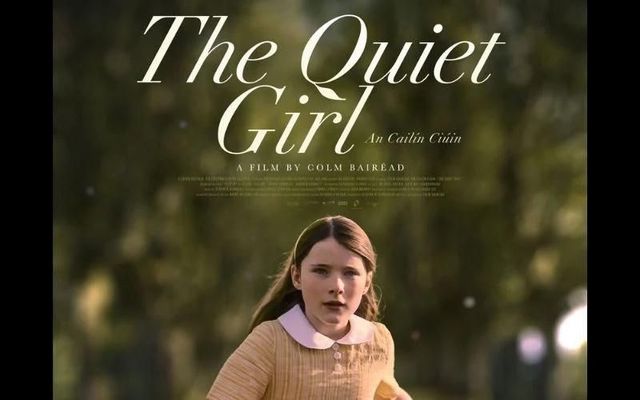 The story was spare, simple, and affecting and it had him in tears by the end.

He called his screenplay adaptation "The Quiet Girl" ("An Cailín Ciúin") and this week, it was playing at the Angelika Film Center in New York City before going on the wider release here in the US in February 2023.

On December 21, the film made history when it was the first-ever Irish language shortlisted for an Oscar.

Still reeling. Feeling very grateful for everything that has come our way. Thanks to the many, many people who played a part in telling this story. An especial thanks to the source of it all @CKeeganFiction 💛 https://t.co/P4ZAJGvRZM

In an interview with IrishCentral this week, the first question I wanted to ask Bairéad was about the film's unmistakable realism. "The Quiet Girl" ("An Cailín Ciúin") has some fairy tale echoes since it's about a young girl who comes to life when the wishes she didn't know how to ask for are suddenly being answered, but the tone of the film remains obstinately real, life as it was lived in rural Ireland in the 1980s.

“I have done a great deal of documentary work over the years, so in a sense that's shaped my sensibility, to some degree, particularly in terms of an actor's performance, I seem to be more drawn towards naturalism,” Bairéad tells IrishCentral.

“Working in documentary and spending so much time documenting people's true emotional selves you develop a sort of resistance to anything that feels contrived. Or any kind of false notes in terms of the emotional truth of something, you know?

“So I think I've always tried to help actors reach that level of creating something that feels completely truthful. And yet, as you say, there's a slight tension in the film between that kind of naturalistic approach but also with a presentation of something that is sort of idyllic.

“And that, to me, is rooted in the fact that the film belongs to this young person's perspective, it's being filtered through a very particular point of view, which is seeing the contrast between where Cáit, the quiet girl, is coming from and where she's found herself, because it's something that she's not used to.” 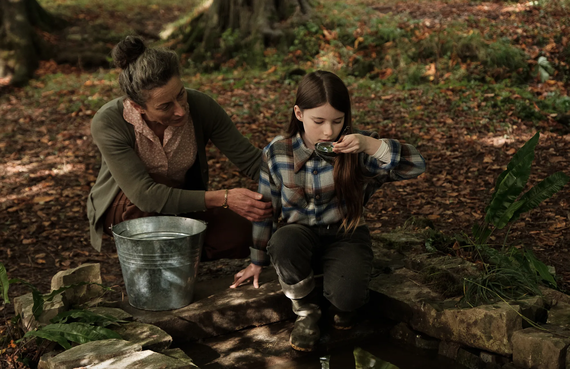 "It's a memory piece as well," Bairéad confesses. “I think that this is something that Cáit in later years is perhaps recalling, she's looking back on something that provided nourishment for her in her life as she went forward.”

Bairéad references the Seamus Heaney poem where his mother is peeling potatoes. “Heaney is at a later stage in his life reflecting on something that objectively is quite mundane. It's a mother and a son quietly peeling potatoes at a sink together.

"And yet, with the benefit of hindsight and with the sort of acuity that comes with becoming an adult and understanding these things, he sees that there is an intense beauty in that ordinary activity, and this film kind of does the same thing at times.”

That's why there is a part of Bairéad that sometimes likes to imagine that the story that unfolds in "The Quiet Girl" ("An Cailín Ciúin") is told by Cáit, perhaps as a young woman, reflecting back on those moments and understanding to a greater degree what they meant and what she received in that summer. 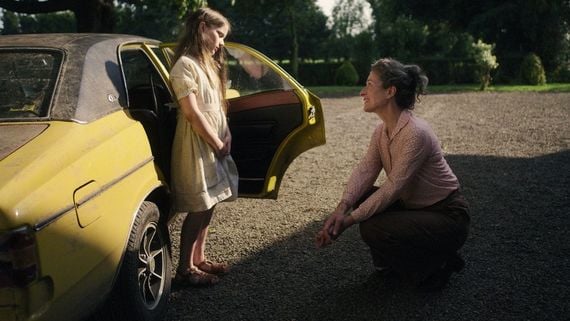 I have a question about the decision to write and perform the script in the Irish language. The cultural confidence to make a feature film at this level and send it out into the world, well there was a time – not very long ago – when that wouldn't have happened. I ask Bairéad if he's a bit surprised by the immensely positive reaction it's received.

“I guess if you'd asked me a year and a half ago, when we were editing the film, if you had told me all the things that have actually happened since, I would have said yes, I'm surprised that that's happened.

“But then equally there's a part of me that kind of figures just because it's never been done before, just because there's never been an Irish language film that's kind of traveled to this degree doesn't hold up as an argument that it should never have happened.

“The language aspect is sort of irrelevant in some ways. I mean, obviously, there's a kind of historical importance to the fact that we now have an Irish language film that's going be distributed internationally in a way that's never happened before. That's big. And that's pretty good.

"But I guess the thing is like, why are we so surprised?"

You can watch the trailer for "The Quiet Girl" ("An Cailín Ciúin") here: