"...Who will one day tell the story of what happened to us, all the great severances that never healed." 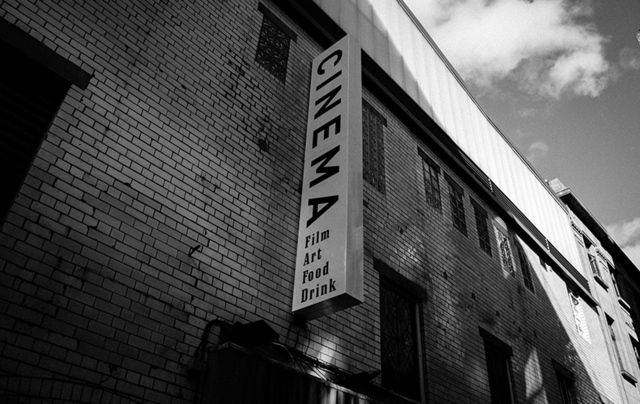 The cinema in my hometown of Buncrana was built in 1904, the same year James Joyce took a Galway girl called Nora Barnacle for a walk outside Trinity College, changing his life and world literature.

It still stands, that cinema, although it started out as a modest parish hall. I saw Star Wars there and Grease and Back to the Future and a hundred other era-defining films. I still remember the red curtains and the drama of their push button opening on a Friday night or a Sunday afternoon matinee.

I also fondly remember the throwback 1970’s soft drinks ads for McDaid’s Football Special that played on the big screen long after the polyester lapels and bell bottom era had ended, eliciting hoots of delighted scorn from us modern day kids in our Levis and Nikes.

That parish hall was used to stage the annual pantomime too, so my love of Broadway musicals first got its start watching a local cast sing songs that came directly from 42nd Street.

It was just a medium sized hall in a town that had politically and geographically fallen off the map, but that cinema somehow connected us to the wider world, and so it quietly changed our lives and fired our imaginations.

It was escape really. Outside its doors was a bone deep never-ending recession. Few young people in the town had a decent paying job.  After high school it was assumed that we’d go to college or emigrate, and for the most part that’s exactly what we did.

Life and opportunity were elsewhere, we had discovered. There was a big exciting world outside of our sleepy little town and life-changing adventures could be had there. You just had to wait until you turned 18.

In our desire to explore other lands, though, we had neglected to study where we were. That’s the power of Hollywood for you.  It feeds your fantasies as it empties your pocket. It asks you to look up not down. We were so busy gazing at the flickering images on the big screen that we were missing what was actually in front of us.

Stories have real power, that cinema reminded me. If you are raised with a story that you will grow up and leave the place of your birth as soon as you are able, when the time comes that is almost certainly what you will do. You won’t even have to think about it.

When I walk into that cinema in 2017 I look at the empty seats and think of all the people I knew who once sat in those seats beside me. Some still come home for a few days at Christmas, but most are gone now never to return. They exchanged cinema seats for seats on an airplane. The journeys they began in the imagination in this dream factory were eventually fulfilled in reality.

In recent years that cinema has an inspired new programmer, and the work that is screened there has been discerning. It has started to tell the story of the county and the town to itself.

This week it screened The Last of the Name, a documentary film based on the memoirs of a local Donegal man first recorded in the 1940s by the poet Patrick Kavanagh.

Charles McGlinchey, a weaver, was well into in his eighties by then, and Kavanagh recorded his stories of life in “the long ago” during their biweekly visits. McGlinchey had never married and had outlived all his relations (hence the book and film’s title).

Thirty years after it was written the manuscript found its way into playwright Brian Friel’s hands, who edited it and wrote an introduction. Think of a cross between Frank McCourt and the Bible.

Ignoring the two World Wars for the far more pressing business of squabbles between neighbors in Donegal, McGlinchy was a sort of Homer of rural Inishowen, and his delightful way of expressing himself and the stories that he recalled was deeply rooted in centuries of unbroken Irish continuity.

The local cinema is finally telling our own stories, holding up a mirror to ourselves, in other words. We have finally decided that we are subjects worthy of consideration in our own right.

More than that, we live in a landscape rich with story and unspoiled beauty, and we have started to acknowledge it.

I bet that there is someone sitting in one of those cinema seats now who will one day tell the story of what happened to us, all the great severances that never healed.

We thought we were unseen and unheard and beneath anyone’s notice, as year after year our young people took flight, many never to return. They caught buses and taxis and some even hitchhiked. They vanished and left empty seats.

I bet that whoever records what all that looked and felt like will have a lot to say.