Since 2012, the Irish band has taken over the Irish American festival circuit and they have deservedly earned number one spots on Billboard's Bluegrass Albums Chart for their last two records. 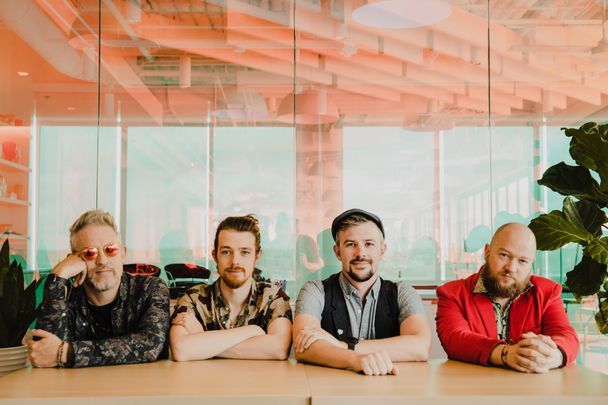 The gifted Galway-based quartet We Banjo 3's new album Open The Road drops on July 15 and you pay attention because they have the goods.

This year marks ten years since the two sets of brothers, Enda and Fergal Scahill and David and Martin Howley, have been transcending the lines of their own genre, seamlessly blending their Americana and Irish influences with such ease that the achievement is almost undetectable.

For this band, for years now it has all been about the precision, discipline, and energy they bring to the stage and to their increasingly flawless recordings. This is unshowy music made for the joy and artistry, but it could command a Broadway stage as easily as a festival one.

Since 2012, the Irish band has taken over the Irish American festival circuit and they have deservedly earned number one spots on Billboard's Bluegrass Albums Chart for their last two records.

Finding their footing in the U.S. their niche and self-described “Celtgrass” sound is the result of a decade's worth of creative investigation and you will hear it on every track of their accomplished new album Open The Road.

You can hear Ireland and Nashville in one song, sometimes even in one bar, in their perfectly crafted and affecting songs. There's something disarmingly beautiful in music this accomplished and honest because there's nothing showy at work here, nothing arch or inauthentic, it's all as clear and refreshing to the spirit as a mountain stream.

In an album of standouts, you will be hard-pressed to pick a favorite. But the vocals on Long Way Down destroyed me. Hear them and believe again.

Assault weapons or your child's life, it's time to choose