‘Sons of Anarchy, the hit FX series which attracted 4.3 million viewers to its season two finale will essentially be based heavily in Ireland for season three. 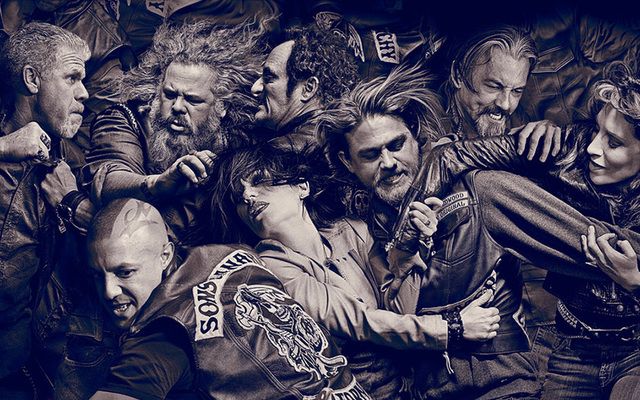 ‘Sons of Anarchy, the hit FX series which attracted 4.3 million viewers to its season two finale will essentially be based heavily in Ireland for season three.

'Sons of Anarchy' is a series about an outlaw motorbike club who operate from the Northern California town of Charming. It is the biggest hit for the FX channel since ‘Rescue Me’

The new season of "SOA" will begin on Sept. 7 on FX and the motorbike gang will be heading to Ireland.

At the end of last season the Irish charachter, Cameron, had kidnapped a rival’s baby and clearly was headed back to Ireland with it.

Taryn Manning will revisit her role as Rita Cherry, who has been living in exile in Ireland.

“I thought it’d be fun to sort of drop her in the middle of this chaos of what’s going on in Belfast,” creator Kurt Sutter told the Los Angeles Times.