Why is the Church of Scientology hounding Irish language speakers?

The Translations Unit of the controversial church is contacting US- and Canada-based Irish speakers via email. 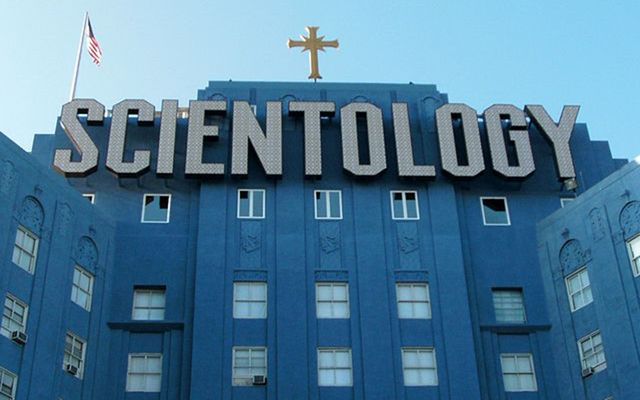 The Translations Unit of the controversial Church of Scientology is contacting US- and Canada-based Irish speakers via email. Wikimedia Commons

The Church of Scientology is once again hounding Irish speakers to assist in the translation of their educational material, contacting Irish teachers and groups in the US and Canada in the hopes of finding a translation team.

An email from the Translations Unit of the Church of Scientology in Copenhagen, Denmark has been received by individual teachers, Irish staff at New York University, members of the Irish language book club in New York and by Irish teachers taking part in the Irish Canadian University Foundation (ICUF).

“We are currently engaged in a translation project of large volume consisting of some 5.5 million words. The work includes books, lectures, courses, promotional material, humanitarian campaign brochures, and more,” the email reads.

“We have gotten started with a number of very fine, qualified Irish (Gaelic) translators and the project is rolling ahead. I am looking for more translators to expand the team.”

John Prendergast from Co. Kerry is currently teaching Irish in Nova Scotia as part of the ICUF Irish Language program, which each year appoints Irish teachers to partner universities in Canada to promote the language within the school and within the surrounding area.

He had not heard of the previous efforts of the Church to translate their work into Irish until he received the call looking for translators. So he was surprised when he learned of the link to the controversial religion, questioning at first whether it could have been a joke.

Read more: The only official Gaeltacht outside of Ireland is in Ontario

After some research, Prendergast decided the request was genuine and agreed to help with their translation work. He said he didn’t believe the translation project was a bad thing and that as part of a multicultural society, he felt he should have respect for as many beliefs and spiritualities as he could and, so, he did not criticize or refuse it.

This is not the first attempt by the Church of Scientology to translate their material into Irish. In 2015 the Church’s founder L. Ron Hubbard's drug rehabilitation program Narconon was believed to be behind an attempt to contact Irish translators via the translation service called ProZ.com, acting under the guise of a charity organization.

Once translators started on the work, however, they became suspicious over lines such as,  “The drug scene is planetwide and swimming in blood and human misery … And children of drug-taking mothers are born as druggies.”

After a translator working on the project posted this line into popular Irish language Facebook group “Gaeilge Amháin,” it was found to be was found to be the work of Narconon, a company that works to publicize Hubbard's opinions regarding the use of drugs.

IrishCentral has contacted the Translations Unit of the Church of Scientology regarding the translating project and the number of Irish language translators who have signed up but have received no further information as of yet.

Read more: Church of Scientology attempting to recruit in the Irish Gaeltacht