Washed away Irish beach reappears for first time in 33 years

The beach on Achill Island in Co Mayo was lost to the sea more than three decades ago. 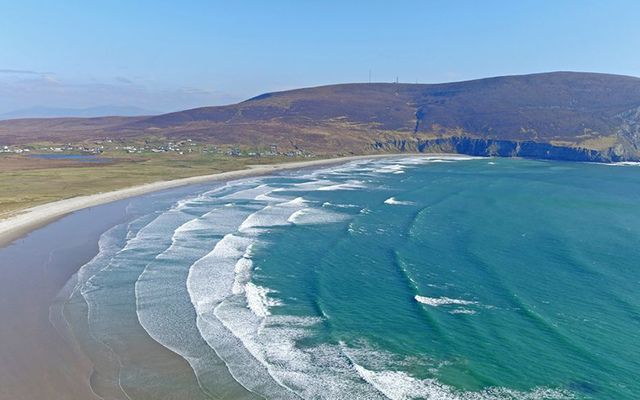 As quickly as it once vanished, a beach on Achill Island in Co Mayo has reappeared after 33 years submerged beneath the waves.

Dooagh beach was last seen in the summer of 1984 but to the delight of locals, it has gradually reemerged over the past few weeks.

“Achill already has five blue-flag beaches, so we are hoping that in time it will be awarded a sixth,” he added.

But the strand is unlikely to be a permanent fixture of the landscape; it previously disappeared in the 1890’s but had fully reappeared by the 1930’s when actress Dame Angela Lansbury holidayed there as a child.

Another famous visitor was the Nobel prize-winning novelist Graham Greene who is thought to have written The Heart of the Matter and The Fallen Idol whilst staying in a cottage with no electricity and just one tap.

For many years the beach was a boon to the island’s tourist industry and once four hotels and a number of guesthouses had nestled themselves overlooking the golden strand.

When large amounts of seaweed, or wrack as the locals call it, were washed ashore a bugle would be sounded summoning the fit and able to the beach; there the wrack would be gathered up and divided up into equal parcels to be given to each household in the village.

Villager Emmet Callaghan still has the bugle used by his great great grandfather, Patrick, for that exact purpose.

“In this way, the wrack was shared out equally among the families in what was once one of the largest villages in Europe, ” he recalled.

Achill Island is the largest of Ireland’s offshore islands and some two and a half thousands souls live there.