Help Jacob Thompson get as many Christmas cards and letters as possible from around the world. 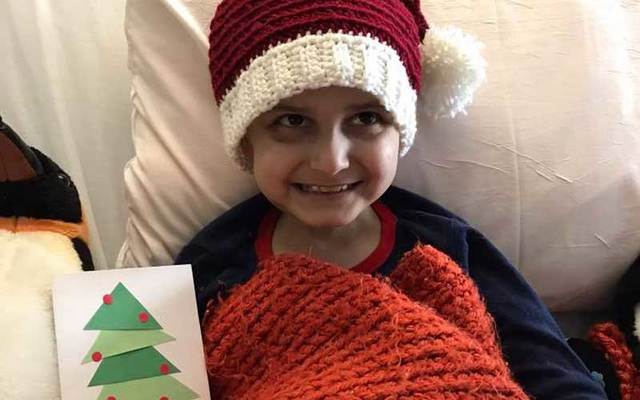 IrishCentral.com would like to lead an Irish American drive to send Christmas cards to a terminally ill child who doctors believe will not outlast Christmas.

The media has widely reported that terminally ill 9-year-old Jacob Thompson, from Maine, has only one request — to get as many Christmas cards and letters as possible from all over America and the world.

CNN, People, and ABC have picked up on the story, and it has made Jacob famous all over the U.S.

Read More:Three Irish children orphaned after both parents die of cancer 10 weeks apart - How can we help?

He has stage-four neurorblastoma and is unlikely, say doctors, to last the year. His parents have been told to expect the worst.

Jacob’s mother Michelle said her son is no longer responding to chemo. He was admitted to the hospital on Oct. 11.

“Since then we have learned that his hip is extremely peppered by tumors, which was described as looking like lace. This obviously has added to the pain and more importantly with his ability to walk and move around.”

“Roger and myself have been told that we should be spending as much time as possible with him and we should start making arrangements for his passing,” Simard wrote on their GoFundMe page, which has raised $54,000 for Jacob’s funeral costs. “It is expected Jacob may pass away within the month.”

His father, Roger, told the local news station, “Jacob loves Christmas.” He encouraged people to continue sending cards. “Any way to brighten his day would be a great benefit to him.”

So his parents are holding Christmas early for him with all the trimmings, including a visit from Santa Claus to his hospital room.

Jacob is hoping that people from everywhere will send him good wishes and prayers for a happy Christmas.

If you want to send a card, you can do so here.

We Irish are known for our giving spirit, especially when it comes to children.

So reach out and send a note, a card, a Christmas wish to a special little boy.