US, UK unlikely to be on Ireland’s Green List, set to be published on Monday

Ireland's Minister for Foreign Affairs Simon Coveney said that the green list will not be particularly long. 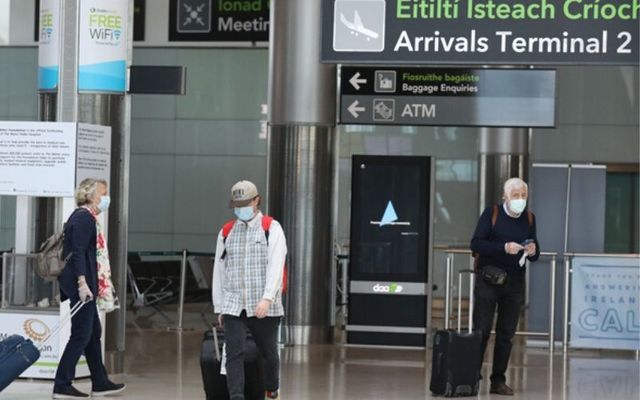 The United States and the United Kingdom are unlikely to be on the Republic of Ireland's green list for safe travel set to be announced on Monday.

Travelers arriving in Ireland from countries on the new green list will not be required to self-isolate for two weeks, as has become standard in recent months, and Simon Coveney, Ireland's Minister for Foreign Affairs, said that the list will not be particularly long.

The green list will be published on Monday, July 20, and reviewed every fortnight thereafter and will provide a list of countries deemed safe to travel to from Ireland.

Coveney said that incoming passengers will be briefed on coronavirus restrictions in Ireland and he reminded anyone planning a trip to the country that "Ireland is not open for a normal holiday."

Speaking to The Pat Kenny Show on Newstalk, Coveney also said that there is no chance that the US will be on the new green list, while he said it is very unlikely that travelers from the UK will be exempt from self-isolation.

"That's really unfortunate because the two countries that we would like to be opening up to in terms of international travel are the UK and the US, given the integration of our economy and those two countries," he told Pat Kenny.

The United States remains the worst-affected country in the world by the COVID-19 pandemic and recorded more than 77,000 new daily cases on Thursday, a new global record.

The US has been regularly breaking the record for new daily cases but Thursday's tally shattered the record by some distance.

States all over America have been badly-affected and Florida recorded more than 15,000 cases last Sunday.

If states were countries, New York, Florida, Texas and California would all rank in the top-ten worst-affected countries in terms of confirmed cases. New York would make the top five.

America's total number of infections and COVID-19 deaths are also by far the highest in the world with more than 3.7 million cases and over 140,000 deaths.

Travelers from countries that don't make Ireland's green list will still be able to travel there, but they will be required to self-isolate for two weeks.

However, there have been a number of recent concerns over the volume of American tourists in Ireland who don't appear to be adhering to the two-week period of self-isolation.

Simon Coveney said that American travel to Ireland has dropped by up to 98% compared to normal years and said that most of those traveling to Ireland are Irish people returning home.

He said that only 63% of visitors have been contacted to ensure they are adhering to the two-week self-isolation but said that an "effective" call center will be set up to follow up on travelers.

Meanwhile, some Irish people have raised concerns after a flight carrying US troops landed in Shannon Airport on Thursday.

An Omni Air International flight touched down in Shannon on Thursday morning after departing Fort Campbell in Tennessee and some critics argue that this is increasing the risk of spreading the virus in Ireland.

Shannonwatch, a group that has regularly protested against US troops landing at Shannon Airport, said that the temporary arrival of troops added another layer of danger during the pandemic.