President Trump is to bestow the nation’s highest honor on Irish American Vietnam veteran James McCloughan. It is Trump’s first Medal of Honor. 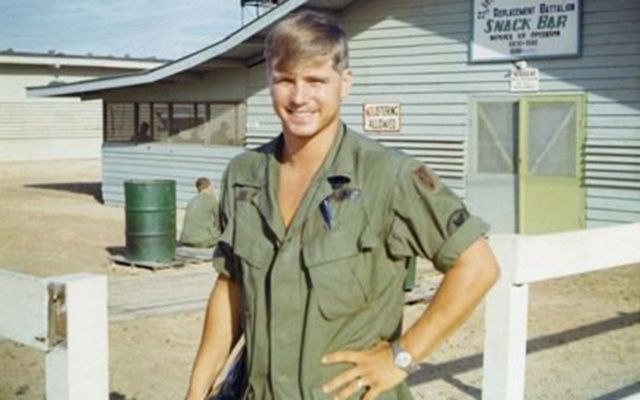 President Trump is to bestow the nation’s highest honor on an Irish American Vietnam veteran. Seventy-one-year-old James C. McCloughan and his family will travel to the White House on July 31 for the ceremony, in which the President will present him with his first Medal of Honor.

In a press release the White House noted that the Medal of Honor is rarely awarded and only for “meritorious conduct [which] involve[s] great personal bravery or self-sacrifice so conspicuous as to clearly distinguish the individual above his or her comrades and must have involved risk of life.”

The retired high school teacher saved the lives of 10 men during the Battle of Nui Yon Hill in 1969. Then a 23-year-old medic, McCloughan repeatedly returned to the battlefield in order to rescue injured comrades – despite having been shot in the arm and wounded by shrapnel.

McCloughan was a private first class at the time but would leave the Army with the rank of specialist 5. During his years of service he was awarded two Purple Hearts, two Bronze Stars and a Combat Medical Badge.

The Medal of Honor was introduced in 1861 by Iowa Senator James W. Grimes for those serving in the US Navy and since then it then it has become America’s highest military decoration.

Efforts to nominate McCloughan, however, were hampered by stipulations that declared it could only be awarded within five years of the action taking place.

Randy Clark, who served with McCloughan in Vietnam as his platoon leader, lobbied the Pentagon to change the rules.

Defense Secretary Ashton Carter agreed that the rules should be revised and Congress officially nodded through the changes as part of a more general defense bill in December last year.

Speaking to the Detroit Free Press McCloughan said, “This is not a James McCloughan award, it’s an award for my men, for Charlie Company. We had a horrendous battle, a situation you will never forget… I wasn’t going to leave my men, and they were going to protect me.”

After leaving the Army he taught geography at South Haven High School and also coached football, wrestling and baseball as well – leading to his inclusion in the Michigan High School Coaches Hall of Fame.