Torso of rapist murdered by brother found via suicide note

James Nolan's severed hand washed up on a Dublin beach in 2011, but only now has the rest of his body been found. 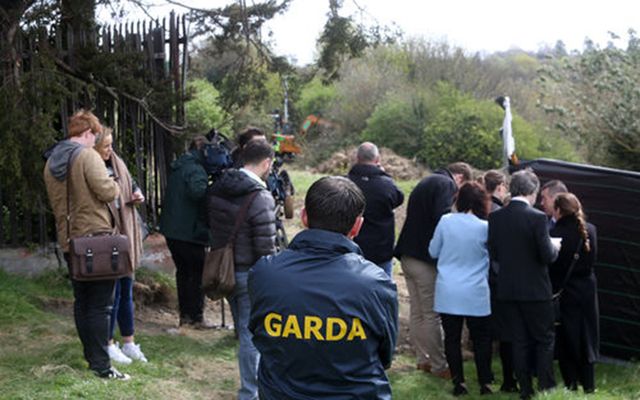 The scene of the discovery of rapist James Nolan's body Rollingnews.ie

The decapitated corpse of a man had been found a Dublin park. Although DNA tests have yet to confirm the finding, gardaí (police) are convinced it is that of convicted rapist James Nolan, whose arm washed up on Dollymount Strand in 2011.

Only when Nolan’s brother confessed in a detailed suicide note last year that he had killed his brother and left his decapitated body in a park did they begin the search again.

Thomas Nolan wrote that he had strangled his brother in Glasnevin Cemetery and buried his torso in Tolka Park, Finglas. Other parts of his brother he’d dumped in Lough na Glack, Co Monaghan, near where he would go on to kill himself in November.

Gardaí (Irish police) remain unsure how the arm could have gotten from Loch na Glack to the Irish Sea before it washed up on the north Dublin beach but think it was probably washed into a river by flood waters.

They did confirm that the search involved the use of dogs specially trained to locate and that the body was buried only 12 inches below the surface.

The “mainly intact” body is now being examined by the state pathologist. Gardaí are continuing to search the rest of the immediate area and are understood to have combed through most of the area already.

Nolan was sentenced to 14 years in prison in 1986 for his role in the kidnap and rape of a 22-year-old woman. He was released in 1996 but went on to serve a further three-year sentence for burglary before his disappearance and death.

His arm was found by a dog walker and the coroner concluded it had been “cleanly” sawn off with a razor-sharp knife.

“A propeller can leave quite a clean mark on a body but they are usually longer,” Prof Cassidy told Dublin Coroner’s Court.

“These were very carefully and deliberately going around the whole circumference of the limb. It was deliberately cut.”

Nolan’s tattoos appeared to have been sculpted off in an attempt to prevent officials matching it with a body.

At the time an official source told the Evening Herald, "Someone had it in for Nolan. It looks like he suffered a horrendous death…His arm was hacked off at the shoulder and his fingertips cut off to hamper identification."

He had not seen his family since 2005 and his brother’s motive for murdering him has not been reported.