Major Titanic mystery will be solved if Marconi wireless retrieved

Newly allowed Titanic salvage mission could uncover the mysteries of the final hours of the ill-fated White Star Liner. 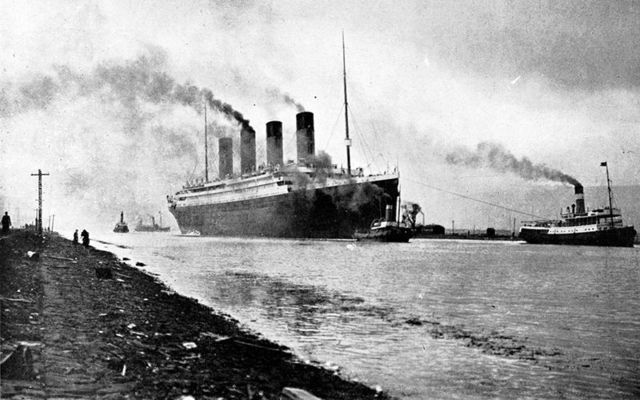 The news that a judge has allowed a Titanic search party to cut open a small passageway into the ship to rescue the famed Marconi device that signaled its final SOS could solve some enduring mysteries.

One hundred and eight years since the tragedy, the mystique of the Titanic shows little signs of fading as new generations discover its remarkable story.

The.final messages from the Titanic and their impact on other ships in the area are still a raging hot issue among Atlantic fans. Why for instance, did the nearest ship The California, refuse to answer to them? Were there communications we never knew about.

Titanic struck the iceberg in waters known as Iceberg Alley 370 miles from Newfoundland.on April 15th, 1912 on her maiden voyage to New York from Southampton. Her last land stop had been in Cobh, County Cork.  New York was about 12 days sailing away. She was built in Belfast there were approximately 150 Irish-born on board.

Soon after the collision with the iceberg, the new-fangled Marconi wireless telegraph transmitter began sending its message of desperation.

One was to the California, the closest ship, which never responded even though they were in sight of the distress rockets fired and could easily have saved hundreds.

“Come at once. We have struck a berg. It’s a CQD, (calling all distress)old man,” Jack Phillips the wireless operator tapped out. Soon the messages grew more frantic

“We are putting passengers off in small boats,” said one, according to a BBC account of the calls. “Women and children in boats. Cannot last much longer. Losing power.”

Seven-hundred passengers were saved by the Carpathia, which threw caution to the wind in iceberg alley and steamed to the Titanic’s rescue but a shocking 1,500 died including 110 Irish, almost all in steerage.

Now RMS Titanic Inc., the Atlanta-based company which has sole rights to salvage from the wreck will send down a tiny submersible 12,500 feet and find a way to grab the Marconi transmitter and return to the surface.

What secrets could it reveal after being so long underwater? A court filing by the salvage company speculates that if the telegraph’s motor-generator set and disc discharger were recovered.

“It is conceivable that it could be restored to operable condition,” and with new components “Titanic’s radio – Titanic’s voice – could once again be heard, now and forever.”

Whatever the salvage team finds, it will no doubt, just add to the mystery and intrigue of the greatest shipwreck puzzle in history.

(as per Toronto Star newspaper)

10:45 pm: California circulates the same information broadcast to Baltic and all ships who can hear him RH on duty.

11:25 pm: Establish communication with Virginian here and give him all information re: Titanic, telling him to inform the captain immediately. OK.

11:55 pm: Virginian says he is now going to assistance Titanic. Titanic meanwhile continues circulating position calling for help. He says the weather is calm and clear.

12:50 am:  Virginian says the last he heard of Titanic was at 12:27 am when latters signals were blurred and ended abruptly. From now on boats working amongst themselves relative to the Titanic disaster. Nothing more heard from Titanic.

2:05 am: First message from New York asking for details. This is followed by about 300 more, chiefly from newspapers to many ships asking for news.

After Daylight: News commences to arrive from ships stating Carpathia picked up 20 boats of people. No word of any more being saved.