Faces of the Titanic: Ellen Toomey, the third class domestic servant who survived

Ellen Toomey was aboard the Titanic returning to her job in the US after a visit with her family in Co Limerick. 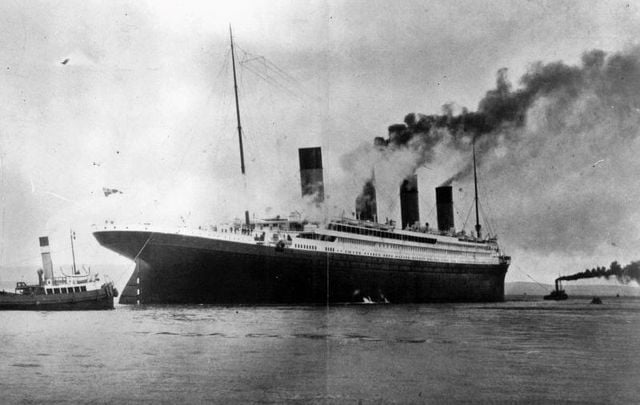 Ellen Toomey was aboard the Titanic returning to her job in the US after a visit with her family in Co Limerick.

Editor's Note: On April 15, 1912 the Belfast built RMS Titanic sank after colliding with an iceberg, killing over 1,500 passengers and crew on board. This was one of the deadliest commercial peacetime maritime disasters in modern history and among those on board were many Irish.

Ellen Toomey was nothing like the swarms of young Irish girls who crowded into steerage. Although she had been born in Ireland, Ellen had been living in the United States for many years and was a domestic servant. She was unmarried and was returning to the house of Mrs. Bridget Hannery, where she worked, after a blissful visit home to her mother and relatives in County Limerick.

Ellen had returned to Ireland in November 1911 and had tried to book her return voyage on four other ships before she finally found a berth on the Titanic. The coal strike had interfered with her plans, but she finally managed to send postcards to her sisters in Indianapolis saying she was sailing on the new White Star liner.

She may have been rescued in lifeboat No. 3, launched from the starboard side relatively early in the night. On April 24, 1912, she described what happened in an interview with the Indianapolis Star:

"The wreck was due purely to carelessness. It could not have been otherwise.

"I do not know whether the stories are true or not, but it was common talk among the survivors that the man in the lookout was asleep at the time and that the Captain and the other officers were not doing their duty, but that they were below at a banquet when the crash came."

"Oh those cries and screams of the poor, drowning people. The sound was awful. I shall never forget it. But we did not see any of them in the water. We were too far away from the Titanic when it went down to see those who had leaped or who had been washed into the sea. But we could hear them for some little time. Then all was still and we knew the last of them had perished."

Toomey shared a Second-Class cabin with two women and a child. Shortly after midnight, a ship’s steward told them to put on lifebelts and go on deck:

"There was no confusion or excitement. We were ordered to the side of the ship along with the other women. The men stood aside. They were brave, those men on the Titanic. They were real heroes. The order was given to lower the lifeboats, and one boat on our side of the ship was loaded with women and children and lowered to the water."

"An officer stood by with drawn revolver. I did not see him shoot. He threatened to shoot a man because he did not do what the officer told him to do, but finally the man obeyed. But I heard several shots on other parts of the ship. Who did the shooting I do not know."

"I was put into the second lifeboat on the starboard side and I think there were about 30 persons in our boat. In the number were three members of the crew who had been ordered there by the officers. When we were lowered to the water we found two other men in the boat who had sneaked in some way."

"There was room in our boat for more people, but the hurry of loading and the fact that people thought the boat could not sink probably accounted for the fact that there was not a full load. When we struck the water the men rowed our boat rapidly away from the Titanic because when we left the ship we could see that it was gradually lowering in the water. After we were at a safe distance we drifted about."

"We could see the Titanic was sinking little by little and it was evident that it would go down. When there was but little of the ship above the water there was a loud explosion. We could hear it plainly. Then the Titanic stood on end and made a dive straight down and that was the last of it. Then it was that one heard those awful screams from the drowning people. We could not see them."

"We drifted in the lifeboats for seven hours before being picked up by the C/arpathia. Our boat was the second or third that was picked up. The night was not very dark. The stars were out, but there was no moon. The sea was smooth as a lake. As we drifted about we saw icebergs all around us. They were everywhere. Some were very large and high. The one which was pointed out to us as the one which the Titanic struck was not large, at least it was not high out of the water. The weather was bitter cold." 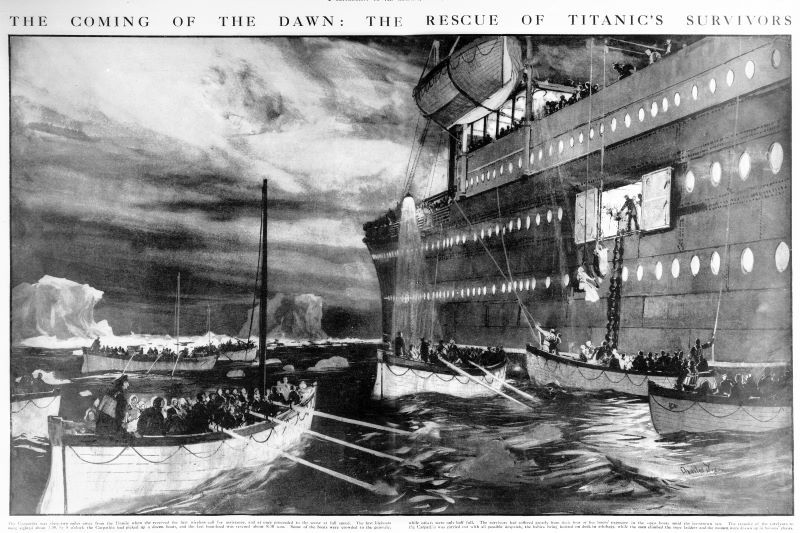 An artist's depiction of the Carpathia (Getty Images)

Read More: 100 years ago today, ship that rescued Titanic survivors was sunk by a German Torpedo

"Most of the women in our boat were thinly clothed because some of them were told to go back to bed after the collision and had done so, only to be aroused later when it was too late to dress. The weather was bitter cold, and there was much suffering in the boat. One French woman who had lost her husband became frantic in her grief, but we calmed her. This was the only confusion in our boat."

"When we saw the Carpathia coming towards us it was the grandest sight that mortal eyes ever witnessed. It meant our deliverance. There was a loud shout of joy as the ship approached. All of the lifeboats kept as close together as possible while drifting and seven of them were tied together to keep them from being separated and lost."

"Once we were on board the Carpathia, we were treated with all the consideration that could be shown us. They were very kind and good to us. Men gave up their rooms and women passengers shared their rooms with the Titanic survivors. They gave us clothes. They gave us hot brandy and coffee and took the best of care of us. Five or six of the survivors, however, died on board the Carpathia."

"I shall never forget the bravery and heroism of the men on the ship in the hour of despair. I tell you, they were brave men. They stood aside while the women were loaded into the boats, and only a few of them tried to get in a boat. Some of them did, but the officers drove them back."

Read More: Faces of the Titanic: Mary Burns died while tending to the needs of others

Ellen was born on February 2, 1864 to parents John Toomey and Mary Brandon. She died on December 23, 1933, in Indianapolis. She was 69 and had never married.