On Saturday, cattle call auditions were held for the soon-to-open Titanic center in Belfast. Such was the overwh... 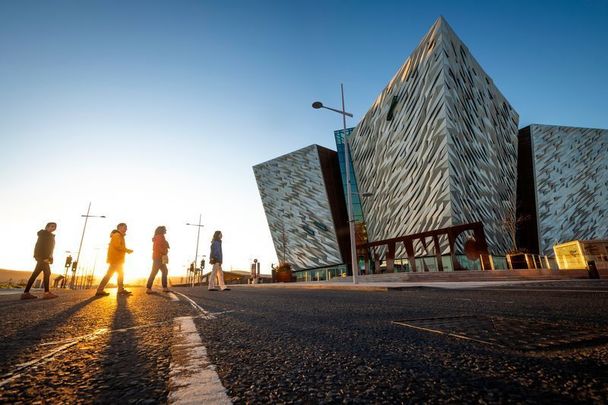 On Saturday, cattle call auditions were held for the soon-to-open Titanic center in Belfast. Such was the overwhelming response, the organizers have scheduled an extra day of auditions next week. More than 4,000 people are said to be interested in obtaining one of the 70-front-of house-staff positions, according to the Belfast Telegraph.

Auditions were held at the Grafton recruitment agency in Belfast. The applicants were asked to show their 'T factor' by giving a three-minute performance on one part of the Titanic story. Some of those attending the event turned up in period dress.

Owners of the center, which is located in the east Belfast shipyard where the Titanic was built, are looking for people with the passion and communication skills to become guides. The candidates were asked to interpret one of five scripts related to Titanic facts. Successful participants will be asked to return for a formal interview.

Tim Husbands, chief executive of Titanic Belfast, said: "It's difficult to gauge soft skills from a CV, but we need people who are polite, friendly, engaging and well informed - we want visitors to leave Titanic Belfast and return home with tales about how friendly Northern Ireland is."

Besides the 70 public roles, Titanic Belfast is recruiting an additional 180 staff ranging from security and catering positions to finance, maintenance and retail staff.

More information on all the positions are available at www.graftonrecruitment.com.

The center is set to open this spring ahead of the doomed ship's 100th anniversary.