Thiago Cortes, 28, died in Dublin in September after he was fatally struck in a hit-and-run. 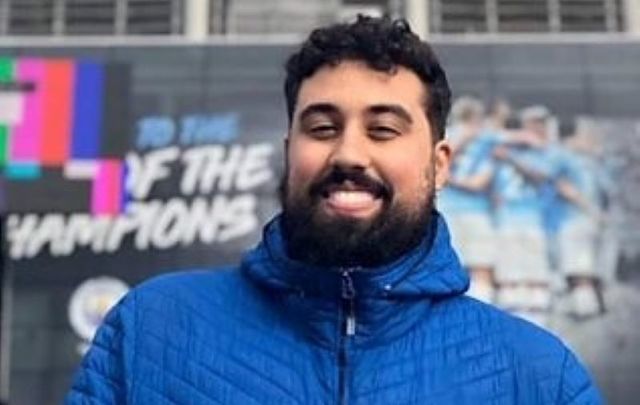 A teenage boy has been arrested in connection with a hit-and-run attack in August that claimed the life of a Brazilian Deliveroo cyclist in Dublin.

A boy, who cannot be named due to his age, was arrested in connection with the death of Thiago Cortes, a 28-year-old Brazilian Deliveroo cyclist who died on Sept. 2 after he was hit by a car on Aug. 31 in the North Wall Quay area of Dublin.

Gardaí are now questioning the teenager at Store Street Garda Station after he was arrested on Friday afternoon and they issued a statement appealing for any witnesses or anyone with dashcam footage to come forward.

"Gardaí are renewing their appeal for witnesses and in particular to anyone who was in the area of the North Wall Quay, North Wall Avenue, East Wall Road, Sheriff Street Upper, Castleforbes Road or Castleforbes Square between 10.15 pm and 10.30 pm to come forward."

Gardaí believe that up to three other teenagers were in the car at the time of the incident in addition to the driver and began a major criminal investigation at the time.

The driver, who has previously been interviewed by gardaí without being arrested, sped away from the scene without stopping and later abandoned the vehicle.

Gardaí believe that they know the identities of all four teenagers involved in the incident and seized a vehicle at Castleforbes Square in Dublin’s north inner city shortly after the hit-and-run.

The car was in poor condition and appears to have been bought by local teenagers who were driving erratically prior to the hit-and-run.

Cortes, who had just started his job as a delivery cyclist weeks before the incident, was still alive when emergency services arrived at the scene but died two days later in the Mater Hospital in North Dublin despite desperate attempts to save him.