Five percent of suspects on the list are Irish nationals, on the run for up to 20 years. 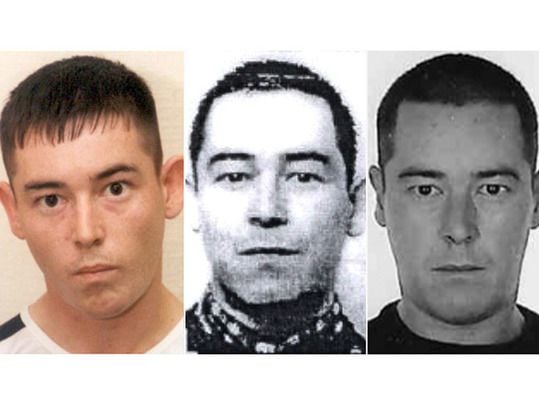 Five percent of suspects on the list are Irish nationals, on the run for up to 20 years.

A recent study revealed that almost five percent of the suspects on global crime hunter Interpol’s most-wanted list are from Ireland – seven are Irish born, and five are Irish citizens born elsewhere.

There are 320 suspects on the International Criminal Police Organization’s list across 200 countries. With twelve coming from Ireland, this gives the small country seven times the average number of criminals.

An investigation by the Irish Mirror looked into the stories of these men, dubbed “the dirty dozen,” whose time lengths on the wanted list range from three years to twenty years. Crimes range from illegal military arms-dealing in the Middle East to kidnapping to murder.

An analysis has revealed that Ireland has the 16th highest rate of the world’s most wanted criminals in Europe – the country surpasses the UK, France, Germany, Spain and Italy. However, Ireland’s rate is still lower than that of Denmark, Sweden, Romania and Slovenia. Slovenia’s rate is the highest.

31-year-old James Staurvik, wanted for murder, is the youngest on the list. The oldest is Tom McGinn, a 77-year-old Sligo fugitive wanted for multiple charges of smuggling military parts to Iran. There is one woman on the list – 68-year-old Ethel Mary Blake from Cobh, Co. Cork, wanted for an aggravated kidnapping of her grandson.

Charged with manslaughter, Dubliner James Staurvik is the youngest of the “dirty dozen.” He murdered 31-year-old Dutchman Adam Radowslag in his home on October 7, 2011, and police in the Netherlands have been searching for him since. Staurvik was 28 at the time and had been using the false identity “Niall James Byrne.”

Nicknamed “the pirate of Prague,” Kozeny is fighting extradition to the Czech Republic on fraud charges – he allegedly masterminded an international fraud and bribery ring across several countries and conned 250,000 shareholders out of almost $470 million.

According to the Irish Mirror, he bought an Irish passport in 1994 under the “passports for sale” scheme after investing around $1.5 million in an Irish software company. At one point he owned property in Ireland and used his Irish citizenship to run for European Parliament in 2004.

77-year-old McGuinn was indicted on 25 charges of conspiracy to defraud the US government and export military goods out of the US. He has been accused of smuggling over $117 million worth of illegal military parts and technology to Iran from his cottage in Co. Sligo.

He illegally exported the military parts through a small company he ran with his son called Mac Aviation. In 2010, the Criminal Assets Bureau seized over $8 million from the company before reaching a $4.6 million settlement. He was thought to have been spotted in Co. Sligo in 2014.

This married couple has been charged with the aggravated kidnapping of their grandson. Ethel Blake is the only woman on Interpol’s most-wanted list, and has been on the run for 11 years.

The Co. Cork native and her Tipperary-born husband were on a family visit to their daughter’s house in 2004 when they kidnapped their grandson.

The Chicago Police Department issued a warrant for their arrests with bail set at $2.3 million after they returned to Cobh, Co. Cork with the boy. The High Court in Ireland denied an application to extradite them, however.

Three former altar servers have come forward with allegations against the Tipperary man, and if convicted he will face up to 14 years in prison.

37-year-old Conor D’Monte is charged with first-degree murder and conspiracy to murder. A member of the notorious United Nations Gang, D’monte fatally shot Kevin LeClair of a rival mob called the Red Scorpions in 2009. He had also been plotting to kill two other gang members.

Interpol data reveals that he is both an Irish and Canadian citizen, and Canadian cops are currently searching for him in Canada, Spain and several countries in Asia.

43-year-old Irishman Russell Brady is being charged for assault as well as “grievous bodily harm” (GBH). Police in the Cayman Islands and UK have launched a double-hunt for Brady in connection with a series of violent crimes.

According to the Mirror, there is not much information available about 32-year-old Paul Jacobs, who has been charged with larceny by trick, which includes tricking someone into handing over their property or other possessions. He is wanted by police in Cyprus to face prosecution for theft and is described as a short, blonde male.

46-year-old Francisco faces prosecution in Brazil for crimes involving tax evasion. He is a native of Angola, but is thought to have Irish citizenship.

This Pakistan-born Irish national is wanted for murder in his home country. He is 42 years old.

50-year-old Boyaliki is charged with tax evasion in Romania. He is from Bursa, Turkey, but has Irish nationality, and is currently being sought by Romanian police.

“We work closely with member countries and would encourage all national authorities to keep their files up to date and maintain efforts to conclude all cases,” an Interpol spokeswoman said.

An Irish Department of Justice spokesman added, “Whether it involves persons who have committed a crime here, or a person fleeing here from abroad, all necessary measures are taken to ensure such persons are brought to justice and held to account for their crimes.

“To this end, An Garda Siochana works closely with Interpol, Europol and other police forces on an ongoing basis.”