Widower offers $57,000 reward for information leading to the prosecution of her killer. 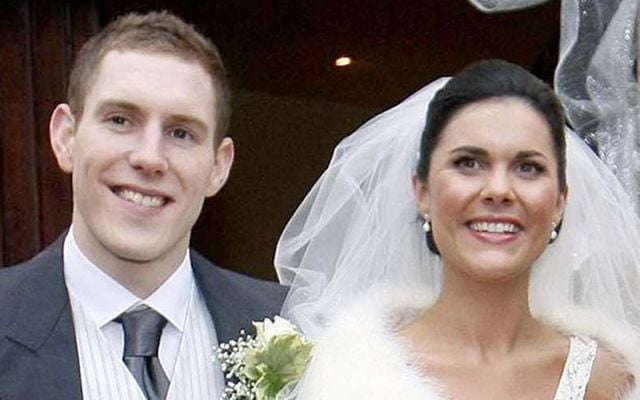 Michaela McAreavey, 27, was honeymooning in the four-star Legends hotel in Mauritius in January 2011 when she was strangled to death just 12 days after her marriage.

The widower of murdered Irish woman Michaela McAreavey has offered a reward for information that will lead to the prosecution of his wife’s killer, six years after her death. Appearing at a press conference in the Mauritian capital of Port Louis today, John McAreavey offered a reward of two million Mauritian rupees (the equivalent of $57,000) to anyone who could help with the investigation into his wife’s death on the island off the African coast.

Michaela McAreavey, 27, was honeymooning in the four-star Legends hotel in Mauritius in January 2011 when she was strangled to death just 12 days after her marriage. Although two hotel workers were previously charged with her murder, they were acquitted in a trial by jury and no one has ever been successfully prosecuted for her killing.

Ireland was shocked by the murder on January 10, 2011. The young Irish language teacher was the daughter of Mickey Harte, the Tyrone GAA manager while her husband played for Co. Derry. Her death was the first murder of a tourist to ever take place in Mauritius, a highly popular vacation destination for Irish couples.

Having eaten lunch on January 10, 2011, with her husband, Michaela returned to her bedroom to pick up a snack to have with her tea. The investigation believes she was wrestled to the ground when she entered her room and strangled. She was then placed in the bath with the water running which is where her husband found her a short time later.

“Over the past six and half years our resolve to win justice for Michaela remains undiminished,” McAreavey stated Tuesday.

“We believe we have given the Mauritian authorities every chance to deliver on their very public promise that justice would be done.

“However, until this visit, the reality falls far short of that and as the years have passed, it appears that the unofficial policy has become one of ‘out of sight, out of mind’.

“But we have no intention of just slipping out of mind or sight.

“Mauritius is a country I have absolutely nothing against,” he told the BBC.

“But the reality is that my deepest darkest fears and nightmares came to reality here, so whenever you’re actually back here, it’s not easy.”

While the Director of Public Prosecutions of Mauritius stated that the investigation into the Tyrone woman’s death is still open, McAreavey’s family believe more needs to be done.

Traveling with his sister Claire and Michaela's brother Mark Harte, John McAreavey, who has since remarried, met with the Mauritian prime minister and police chiefs on Monday before announcing the reward (a sum about twice that of the average Mauritian salary) and the establishment of an anonymous phone service to allow people with information to contact the Mauritian authorities.

McAreavey stated that the family felt “betrayed by a process that has failed us and Michaela”.

“We are now making a direct appeal to the people of Mauritius, many of whom have shown us kindness and sympathy, and who were outraged at the atrocity at the time, to come forward with any piece of information, no matter how small, but which may be relevant in bringing the day of justice closer for the killers of Michaela,” he continued.

“It is our sincere hope that the substantial reward which we are offering will send out a powerful message about our determination to keep on seeking justice.

“As time marches on this could be our final chance to obtain justice for Michaela, but we can’t do it alone. We need the help of the people of Mauritius. Please help us as our fight goes on.”

Speaking about his meeting with Mauritian Prime Minister Pravind Jugnauth, McAreavey described it as “very significant”.

“We talked at length about the difficulties around our challenges,” he said.