Seven famous Irish who passed away in 2016

This year we bid farewell to some champion Irish figures who will never be forgotten. 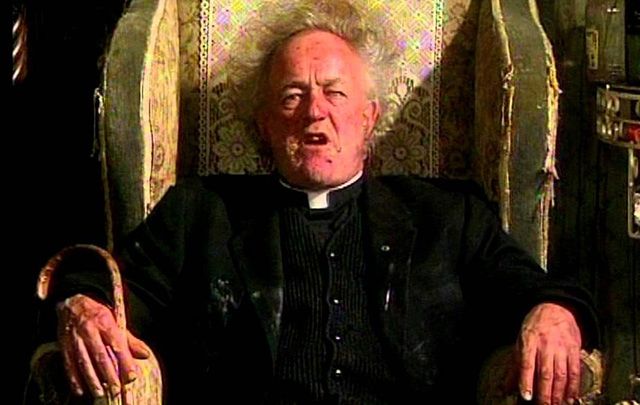 The year 2016 will be remembered as one in which many of the greats were lost. Starting off with the death of David Bowie in early January, the year continued to deal blow after blow with the deaths of the likes of Prince, Leonard Cohen, Alan Rickman and Star War legend Carrie Fisher just yesterday. Many Irish were among those we said farewell to in 2016 and we remember seven of those who had a massive impact on Irish life.

He traced his roots to County Clare and visited there and saw the home of his great-grandfather Abe Grady - who came from Ennis.

After living on Turnpike Road, Ennis, Grady emigrated to the United States in the 1860s where he made his home in Kentucky and married an African-American woman who had been freed from a life of slavery.

Grady’s wife would later give birth to a daughter - Odessa Lee. She then met and married Cassius Clay Sr and on January 17, 1942, Cassius junior was born. He was named both after his father and a famous Kentucky abolitionist.

The New York Times obituary stated: “William Trevor, whose mournful, sometimes darkly funny short stories and novels about the small struggles of unremarkable people placed him in the company of masters like V. S. Pritchett, W. Somerset Maugham and Chekhov, died on Sunday in Somerset, England. He was 88.”

William Trevor KBE from County Cork was an Irish novelist, playwright, and short story writer. One of the elder statesmen of the Irish literary world, he was widely regarded as one of the greatest contemporary writers of short stories in the English language

John Montague was one of the greatest Irish poets. He was born in New York and brought up in Tyrone. He published a number of volumes of poetry, two collections of short stories and two volumes of memoir. He was one of the best known Irish contemporary poets. In 1998 he became the first occupant of the Ireland Chair of Poetry (essentially Ireland's poet laureate). In 2010, he was made a Chevalier de la Légion d’honneur, France’s highest civil award.

Irish president Michael D. Higgins, himself a published poet, stated the death of Montague was “another great loss to Irish letters, a further break with a rich body of work that was the gift of poets and dramatists, to Ulster, Ireland, and the world.

“All of the themes of the last century are engaged in John Montague’s work - separation, exile, memory, conflict, the making and teaching of poems in academic settings far and wide, and the challenge of their delivery, generously undertaken in a myriad of settings.

“His work, which includes magnificent love poems and which indeed show a love of the world in all its curiosity, was immense.

“John Montague produced a body of work that was recognized by his peers as of the finest kind - lines hewn out of experience as if granite, nothing avoided or evaded, and this writing went on to the end,” said the President.

Actor Frank Kelly, best known for his role as Father Jack in the hit comedy “Father Ted,” died aged 77. Father Jack was one of the iconic figures of Irish comedy in the 1990s.

In his obituary the “Guardian” noted:

“The actor was best known as Father Jack Hackett, the demented, drunken old cleric bellowing “Drink! Girls! Arse! Feck!” from his armchair in the priest's’ house on Craggy Island. But there was far more to Kelly, who has died aged 77. He had been a versatile television and radio star, stage actor, writer, satirist and singer in Ireland for more than 20 years before his breakthrough role in the classic Channel 4 series Father Ted (1995-98), written by Graham Linehan And Arthur Matthews.

“A gentle, urbane and analytical person, Kelly once told me: “Father Ted is not a lampoon of the church at all. It’s a dysfunctional little family, and it’s a very convenient umbrella to bring these people together under. Ted is a guy who is really trying to do it properly. He’s very flawed because he’s greedy and has a background of some embezzlement; he’s weak. Dougal is a dum-dum, which you will get in any job. But my character is an exaggeration of a problem that exists within the church: superannuated, alcoholic, ancient priests who have to be looked after by younger men.” In one episode Father Jack was described by Ted (Dermot Morgan) and Dougal (Ardal O’Hanlon), in alternate sentences, thus: “Mid-50s to mid-80s. Tremendous smell of vegetables off him for some reason. Angry man, very angry. Hates children. Likes a drink.”

Kelly had an illustrious career which spanned six decades on stage and screen. In October 2015, the actor revealed he had been diagnosed with Parkinson's disease.

Britain's Sir Terry Wogan was  Britain’s most beloved Irishman for decades As The Guardian noted:

“With his ready self-deprecation and an ability to mock inoffensively, Terry Wogan, who has died aged 77 after suffering from cancer, was for several decades one of the most popular personalities on both radio and television in Britain – in his words, a jobbing broadcaster. When he was in charge of the television game show Blankety Blank for four years from 1979, audiences exceeded 20 million.

His weekday breakfast program on Radio 2 (1972-84 and 1993-2009) reached 8 million listeners. And quite certainly some of the many millions who watched the Eurovision Song Contest, which he covered on radio and then TV from the early 1970s to 2008, did so more for his facetious commentaries than for the music.”

Irish-born Timoney was a pioneering police chief and innovative cop who introduced a no tolerance approach to crime in New York, Philadelphia, and Miami where he served.

As the Daily News noted:

“John Timoney, a revered Bronx beat cop who rose through the ranks to become Police Commissioner Bill Bratton’s first deputy commissioner in 1995, died following a battle with lung cancer. He was 68.

“Born in Dublin, Ireland and known for his lilting brogue and street smarts, Timoney left the NYPD under controversy in 1996 after calling Commissioner Bratton’s replacement, Police Commissioner Howard Safir, “a lightweight.”

“Timoney went on to become the commissioner of the Philadelphia police force and the chief of police in Miami, officials said. He was also hired to head Bahrain’s police force in 2011.

“Family members said he had been battling lung cancer for some time, but the disease progressed to Stage IV in June.

“He died in a Miami hospital.

“"With John Timoney's passing, police officers everywhere have lost a true friend and defender,” Patrolmen’s Benevolent Association President Pat Lynch said in a statement. “John helped create and advance the ideals of modern, professional law enforcement. But he remained a cop, first and foremost, and he led from the front, often standing shoulder-to-shoulder with his police officers as they took police action on the street.””

Timoney began his career in law enforcement as a beat cop in Bronx’s 44th Precinct in July 1969.

He quickly moved up the ranks and in 1994 became the youngest chief of department in the NYPD and commenced a stellar career. His funeral stopped traffic on Fifth Avenue and was attended by thousands.

Brother of Frank and Malachy but a talented performer and writer in his own right.

“He was feeling unwell this afternoon and thought he’d lie down,” Ellen McCourt, Frank’s widow, told IrishCentral, “and he never woke up.”

McCourt was the author of A Long Stone’s Throw (Sterling and Ross, 2008), a memoir. The primary theme of the book, he told Jerry Tallmer of The Villager newspaper, was the family’s chronic indigence: “Poverty flew in, love flew out,” he said, matter-of-factly.

His book details his life in Ireland, Canada, and the United States and his battle for survival—which was manifested in the amazing range of odd jobs he held over the years: “You know how all the jobs some writer has had are listed on the jacket of the book? Well, my life is like a big book jacket.”

He went on to detail, in hilarious fashion, his factotum work life: “Working on a great glop-a-da-glop mainframe computer on Wall Street; issuing tickets for British and Irish Railways; a one-day job as bellhop in a Montreal hotel; a bank teller in Montreal; an encyclopedia salesman — for a month; working at the Army and Air Force Exchange Service on 14th Street as a buyer of luggage and musical instruments, knowing nothing about luggage and less about musical instruments; filing clerk; and, oh yes, teacher.”