Siobhán Bernadette Haughey was referred to as a "mixed-race mermaid" by The South China Morning Post (SCMP), which has since removed the phrase. 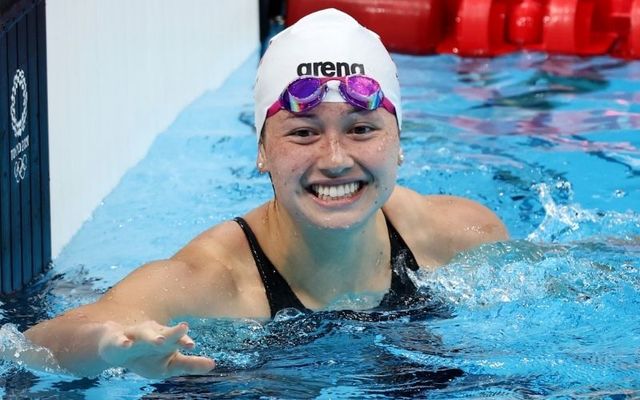 The South China Morning Post (SCMP) has been criticized for referring to Haughey, who became Hong Kong's first Olympic medallist in swimming this week, as a "mixed-race mermaid."

The publication has since deleted the term.

A Hong Kong swimmer who won an Olympic medal was described by @SCMPNews as a “mixed-race mermaid”. Sad to see this kind of nonsense in 2021. https://t.co/uDdCKv0D1A

Haughey, the grandniece of former Taoiseach Charles Haughey, made history by becoming the first Hong Kong swimmer to win an Olympic medal when she finished second in the women's 200m freestyle final Wednesday.

The 23-year-old became just the fifth athlete to win a medal for Hong Kong at the summer Olympics in a significant moment in the territory's sporting history.

Haughey continued her red-hot form in the pool by qualifying for the women's 100m freestyle semi-finals on Wednesday, finishing second to Australian swimmer Emma McKeon.

However, Haughey's Irish heritage prompted the English-language publication SCMP to label her a "mixed-race mermaid", which provoked widespread criticism.

"Nothing to see here, just the English language paper of record in 'Asia's World City' calling someone a 'mixed-race mermaid," one Twitter user said.

"A Hong Kong swimmer who won an Olympic medal was described by as a 'mixed-race mermaid'. Sad to see this kind of nonsense in 2021," said Asia-based journalist Andrew MacGregor Marshall.

While SCMP has since deleted the term, other publications in the region have also referred to Haughey as Hong Kong's "Little Mermaid".

Haughey was born to an Irish father and a Hong Kong Chinese mother and chose to represent Hong Kong over Ireland at the 2016 Olympic Games in Rio de Janeiro.

She said that she chose to represent the Chinese territory because she was born and raised there.

"I was born there, raised there, and feel connected and proud to represent Hong Kong."

She said that she hoped her silver medal would inspire other Hong Kong athletes in Tokyo this summer.

"My achievement, coupled with Cheung Ka-long in fencing, can inspire other Hong Kong athletes who are here in Tokyo," she said after her race.

"Those swimmers back home - continue to train hard and you will be the next."