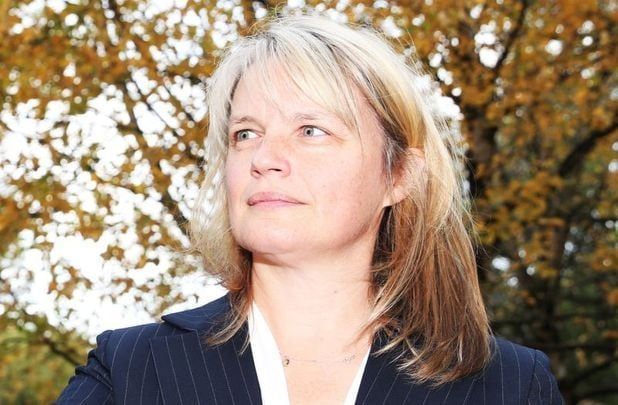 October 11, 2019: Sinéad McSweeney, MD of Twitter Dublin at the Women of Concern Award Luncheon in Dublin where she was honored. Rolling News

A senior Irish Twitter executive who was locked out of the company's Dublin office after failing to respond to a generic email has been restored to her position in the company, the High Court has heard.

McSweeney claimed she was treated as though she no longer worked for the company after failing to respond to a generic and vague email sent to all Twitter employers by Elon Musk after he bought the company for $44 billion one month ago.

She said she never resigned from her post but was treated as if she was no longer employed by Twitter, adding that she had been locked out of Twitter's IT system and that she was unable to access the company's Dublin office.

McSweeney, a widow with a 13-year-old son, told the High Court that Musk had been firing and rehiring employees "with no apparent logic" in an unlawful manner since his takeover of the company.

On Wednesday, Twitter's Senior Counsel Mark Connaughton told Mr. Justice Brian O'Moore in the High Court that the social media company was offering undertakings to restore McSweeney's access to all aspects of the company's IT system and to the firm's premises in George's Quay.

He said Twitter was attempting to "turn the noise down" and allow its human resource department to enter into negotiations with McSweeney about resolving the dispute.

Mr. Justice O'Moore recommended that both parties enter into discussions in a "forthright manner", adding that any failure to do so would result in both parties being back before the court "in January, February or March of next year".

The judge also put a timetable in place for the exchange of legal documents, adjourning the case until late December, and directed that the previous High Court injunction remain in place, along with the undertakings offered by Twitter.

McSweeney claimed in her High Court action that she received an email informing her that she had accepted an exit package from Twitter after she failed to respond to a generic and vague email from new owner Elon Musk shortly after his high-profile takeover of the company.

She was subsequently locked out of the company's Dublin office and prevented from accessing Twitter's internal IT system, including her company email account.

McSweeney told the court that despite the company’s lawyers acknowledging that her commitment to work had never been questioned and that her access to the IT systems would be restored, she was concerned about her job because of “mixed messages” from Musk and senior US-based associates since the company was taken over.

She received a temporary injunction preventing Twitter International Unlimited Company from terminating her contract of employment. The injunction was granted on a one-side-only basis last week and prevents Twitter from applying the terms of an email sent to her by Musk on November 16.

Twitter has also been prevented from publishing any information that suggests that McSweeney's employment with the company has been altered in any way since November 15.

About two-thirds of Twitter’s 7,500 world employees were let go after the mass firings Musk instituted.