The most visible meteor shower of the year will be in Ireland’s skies on the night of August 11 and 12 after 10 pm local time. 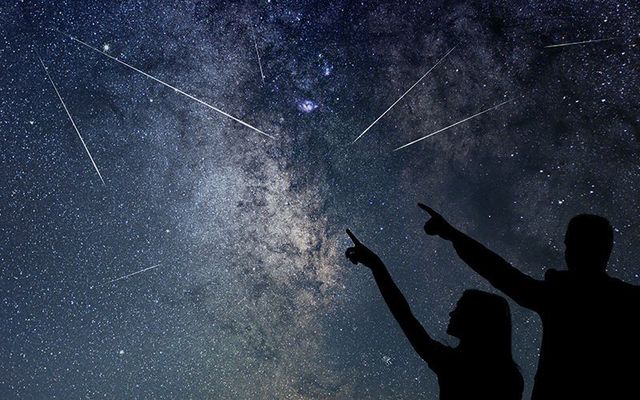 Look up! The Perseid a massive shooting star display will be visible from Ireland on Aug 11 and 12. Getty

Fast and bright, the meteor shower of the year, Perseids, will bring 20-times more shooting stars to the skies of Ireland than on a normal night.

The Perseid Meteor Shower will bring celestial fireworks to the skies of Ireland on August 11 and 12 2020. Astronomy Ireland is calling on the public, who will need no special equipment to view this display, to help them count the shooting stars.

The Perseids are one of the most plentiful annual meteor showers which usually peak on Aug 12. The shooting stars leave long wakes of light and color, which are also known as fireballs. These originate from larger particles of comet material.

Amazingly the meteors can be smaller than a grain of sand. They travel at speeds of 58km per second before burning up at temperatures of 3k to 10k degrees, within the Earth’s atmosphere.

The Perseid is so-called as the meteors radiate from a point in the constellation Perseus. They were linked to the comet Swift-Tuttle, in 1862, by the Italian astronomer Giovanni Schiaparelli. This is a large comet, with a nucleus of 26 kilometers across. This is almost twice the size of the object thought to have led to the extinction of the dinosaurs.

Editor David Moore told the Irish Examiner this the display will be spectacular.

“It (the meteor shower) actually peaks early on Wednesday morning,” he said.

“And that means that for Ireland at least, Tuesday night and Wednesday night are going to be almost the same.

“We should see about 20-times more shooting stars - or meteors to give them the correct name - than a normal night.

“So you might be hanging around for 10 minutes in the dark country sky to see one. You could be seeing two per minute tonight.”

Space commentator, Leo Enright, told Newstalk Breakfast: "In the Middle Ages, the Christians called it 'the tears of St Laurence' and they had some big story about some martyr called St Laurence."

"Until recently, it wasn't known what caused it - but we do now know that it's the rubble left behind by a comet that passed this way a long time ago".

"What we're looking at is tiny flecks of dust, some pieces - which will be much more dramatic - might be the size of a grape.

"But nothing much bigger than a golf ball... each piece will hit the atmosphere at over 200 kilometers an hour.

"So this thing is really moving, well actually it's the Earth that's moving.

"We're actually plowing into this lump of rubble that orbits the sun - it's the remnants of a comet called Swift-Tuttle that hasn't been in these parts for many decades, and won't be back for another hundred years."

In terms of best viewing times, he said: "If you go out at 10.00pm, you might see the brighter meteors, 11.00pm [you are] definitely more likely to see something - looking to the north-west, generally".

If you've like to help Astronomy Ireland count the shooting stars you can register here.

Watch this short explainer video with information on how to best view the shooting stars from your location:

Read more: The view from Ireland when Neil Armstrong landed on the moon