The shocking incident, which was shared on social media by Irish animal charity My Lovely Horse Rescue, occurred on Friday afternoon in Edenderry, County Offaly. 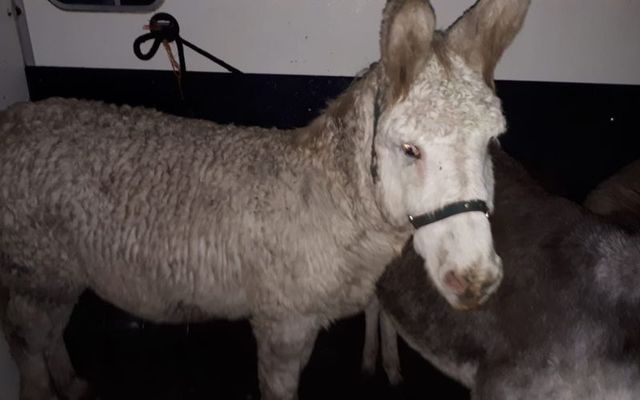 Irish police seized seven donkeys in Offaly on Friday night after shocking footage emerged on social media of a donkey being tied to a car and dragged along by its head on the side of a road.

The incident, which was shared on social media by Irish animal charity My Lovely Horse Rescue, occurred on Friday afternoon in Edenderry, County Offaly.

WE WILL NOT LET THIS GO pic.twitter.com/LiFOtgo9fC

Later on Friday, gardaí confirmed on Twitter that they were investigating the incident under the Animal Welfare Act.

In a separate tweet on Saturday morning, gardaí confirmed that they had seized seven donkeys overnight as part of the investigation.

Gardaí thanked animal charities Hungry Horse Outside and the Donkey Sanctuary Ireland for their assistance in the recovery of the animals.

"We assure the public that they will be well cared for and kept safe," gardaí said.

For anyone concerned about the donkey being dragged by a car in the video shared yesterday afternoon, we can confirm that we assisted with the seizure of this animal, & 6 others. Edenderry Garda ask witnesses to contact Tullamore Garda Station on 057 932 7600 pic.twitter.com/aLUGGtSDX4

Gardaí also confirmed that the donkey being dragged by its head in the viral video is among the seven donkeys receiving care following Friday night's seizure.

"We continue to appeal for witnesses to make themselves known by contacting Tullamore Garda station on 0579327600. If you have concerns about the safety of a person or animal contact emergency number 999 or 112," gardaí said in a tweet on Saturday.

In a separate statement to the Sunday World, a Garda spokesperson said An Garda Síochána takes all matters of animal welfare very seriously.

"We ask that any incident is reported to a local Garda Station where a complaint will be logged and fully investigated."