Cox suffered brain damage and spent more than six weeks in a coma after the Italian punched him and knocked him to the ground. 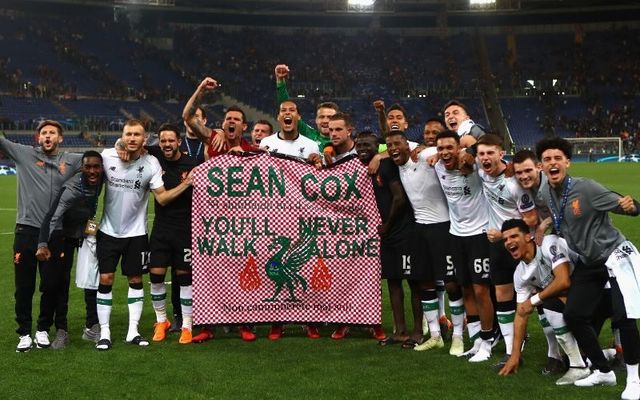 An Italian soccer fan who savagely beat Irishman Seán Cox in Liverpool two years ago has been released from prison after serving just one year of a three-year term, according to reports.

Cox, a father of three, suffered brain damage and spent more than six weeks in a coma after the Italian punched him and knocked him to the ground ahead of Liverpool's Champions League semi-final first leg with Roma in April 2018.

Simone Mastrelli, 31, was given three and a half years in jail in February 2019 for beating Cox outside Anfield two years ago. Mastrelli was the only Roma fan found guilty of assaulting Cox, although there were several other fans present.

Filippo Lombardi, 22, was sentenced to three years in jail in October 2018 for violent disorder but was found not guilty of inflicting grievous bodily harm on Cox. The young Italian admitted to wrapping his belt buckle around his fist to "protect himself" from Liverpool supporters.

Daniele Sciusco, 30, was also found guilty of violent disorder and sentenced to two and a half years in prison in August 2018.

All three hooligans have now been released from prison, according to the Irish Independent.

The British Ministry of Justice reportedly confirmed the trio's release but refused to give an exact date.

Seán Cox's family and Liverpool Football Club both reacted to the news with sadness.

The Cox family and Liverpool FC released a joint statement saying they were "deeply dismayed" by the decision to release the trio, the Irish Independent reports.

Cox was attacked shortly after his 53rd birthday on April 24, 2018, and news of his attackers' release broke almost exactly two years later.

The Meath native underwent emergency surgery in the Walton Neurological Center in Liverpool on the night of his attack before he was moved to the National Rehabilitation in Ireland to continue his recovery.

He only returned to his home in Dunboyne last month after almost two years of hospital care.

The egregious attack caused shock and anger in Ireland since Cox was just an innocent bystander who happened to get caught up in an act of mindless violence.

There have been a number of huge charity events in Ireland and the UK involving Liverpool FC to help provide funds to aid his recovery and Cox returned to Anfield last November in a wheelchair to watch Liverpool beat Manchester City.