New York father credits his knowledge of Rory Staunton's death to why he was his son's greatest advocate. 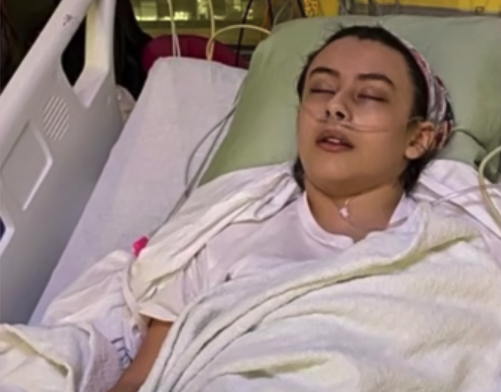 Jack McMorrow (14) battling for his life in hospital. NBC / YouTube

Jack McMorrow (14) was struck down with severe inflammation but it was his father's actions that saved his life.

A 14-year-old boy from Queens, New York, says the pain he experienced during his recent hospitalization was "indescribable". It was his father's knowledge of the Rory Staunton Foundation that led him to push doctors to focus on the inflammatory nature of his son's condition, which he believed his son would not survive.

The young man tested negative for COVID-19 but suffered from the symptom increasingly being found in children officially titled “Pediatric Multi-System Inflammatory Syndrome Associated with COVID-19.” This is similar to Kawasaki syndrome or toxic shock. It causes inflammation in blood vessels.

Approximately 100 children in New York are linked to this new syndrome.  The New York State Health Department is helping to develop national guidelines when it comes to “Pediatric Multi-system Inflammatory Syndrome Associated with COVID-19.” The State Health Department will be looking at genetic factors playing a role in this syndrome in studies to be done alongside the NY Genome Center and Rockefeller University.

On April 1, 2012, Rory Staunton, the son of Ciaran and Orlaith, both from Ireland, passes away due to sepsis. Rory would turn 21 this week but it was a cut on his arm, from playing basketball at school, and sepsis that cut his life short.

Rory's family, since his tragic death, have worked to educate and advocate for patients with the guiding mantra "never again".

The Rory Staunton Foundation continues to educate and support those who have been touched by sepsis around the world.