The Royal British Legion is a British charity that provides social, financial, and emotional support to members and veterans of the British Armed Forces and their families. 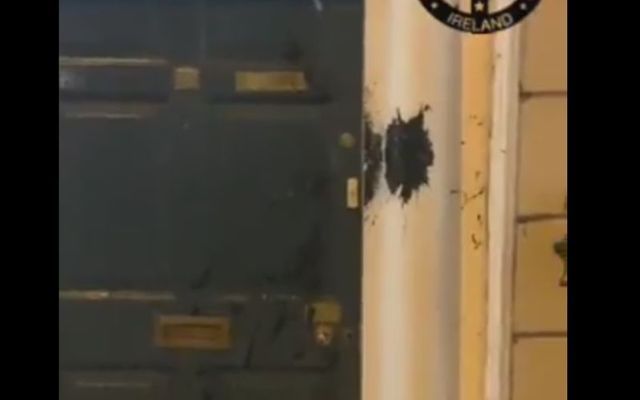 A "socialist republican" group has been condemned for paint-bombing the headquarters of the Royal British Legion in Dublin on Friday evening.

In a video posted on social media, republicans threw black paint on the door of the Royal British Legion headquarters in Dublin in protest over the charity's poppy appeal.

An Garda Síochána (the Irish police) is investigating "an incident of criminal damage" that took place at the offices of the Royal British Legion at 19 Molesworth Street in Dublin shortly after 6 p.m. on Friday, November 4.

In a post on Friday evening, the Anti Imperialist Action Ireland Twitter account said "socialist republicans" had carried out the paint-bombing as part of their "annual PoppyWatch patrols".

"The British Legion are an imperialist organization that actively fundraise for serving members of the British Military," Anti Imperialist Action Ireland said on Twitter.

The Twitter account said the attack was a "warning to the British Legion that their fundraising in support of Britain’s terrorists in Ireland will never be accepted".

Responding to the tweet, the Royal British Legion in Ireland said "wearing a poppy is a choice", adding that the symbol helps people to "remember the fallen and care for the living".

"How utterly pathetic... I hate amplifying these thugs but surely this can’t be viewed as acceptable by either the authorities or the people," Beattie wrote on Twitter.

Several other Twitter users described the incident as "disgusting".

The Royal British Legion is a British charity that provides social, financial, and emotional support to members and veterans of the British Armed Forces and their families.

Every November, the charity raises money by selling poppies that can be fixed to items of clothing.

The poppy issue has risen to prominence in recent years in Ireland due to footballer James McClean's refusal to wear a poppy while playing in England.

A native of Derry, McClean has cited the unjustified killing of 14 innocent marchers on Bloody Sunday as a reason for not wearing a remembrance poppy and has regularly received abuse and death threats from English football fans as a result.

Irish people do not commonly wear the remembrance poppy due to the history of conflict between Ireland and Britain.