One Irish fishing family has been responsible for the discovery of 60% of the infamous giant squid found in Irish waters. 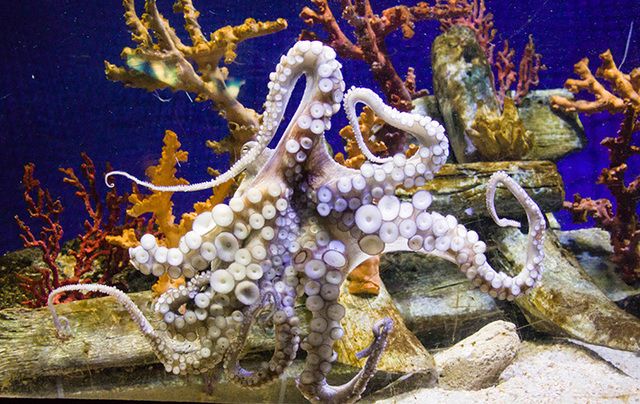 A giant squid caught off the Irish coast. iStock

An extremely rare deep-ocean giant squid, referred to in old fishermen’s fables as the Kraken, was discovered off the coast of Co. Kerry this week. The 19ft (5.8 meters) “legend of the sea” is just the sixth ever sighting of the eery eight-limbed creatures in Ireland, 60 per cent of which have been captured by the same fishing family.

Caught in a trawl net on Monday by fisherman Pete Flannery, skipper of Cú na Mara, as he worked near the Porcupine Basin around 120 miles (190 km) off the coast of Ireland, his father also caught two of the terrifying sea squid in 1995.

"His father caught two of them back in 1995, so maybe they're attached to them or something like that but I think it's to do with the area in which they fish," Kevin Flannery, a marine biologist, and director of Dingle Oceanworld Aquarium, told the BBC.

"These things have been legends of the sea when the trawl comes up and this 20ft arm comes out and sticks on to you - you'd get a bad fright!"

Check out this giant squid caught off the Kerry coast https://t.co/97Smfrx7xv pic.twitter.com/rdTE8hl7Cj

Much feared by fishermen, the giant squid normally swims so deep that they are rarely seen by humans and sperm whales are forced to dive down 40 or 50 ft to have any chance of finding them.

“If found inside in a net, they were known to grab sailors and spread their tentacles around them,” Flannery said. “They will cut and they’ll bore into you, once they grab you.”

This young male squid, however, is thought to have come up to feed and was chasing fish when it was caught in Flannery’s nets along the Basin, which lies just at the end of a shelf that drops 3,000ft to the ocean floor.

In other news, the stuff of nightmares has been caught off the coast of Kerry https://t.co/XNoKyrBHLC

So elusive is this rare monstrous creature, in fact, that National Geographic have only recently managed to film them in their natural environment off the coast of New Zealand.

While Flannery’s father discovered two squid in the Kerry waters 22 years ago, the Irish discoveries of the creature have come few and far between in general. The first sighting dates back to 1673 when a recording states that one was found in 1673 near the Aran Island.

The next sighting didn’t come until over 200 years later when a giant squid was caught near Inisbofin in 1875. It was over a hundred years again until three were caught in the year 1995.

The young male squid has now become the subject of scientific study in the Kerry aquarium with hopes that more can be learned from this elusive sea animal.

"Squid don't have a long lifespan, so obviously they must reproduce rapidly and have quite a number of offspring," Flannery said.

"You can learn their growth patterns, what they feed on, what their size ratio is, if they're pregnant, what sex they are and we also keep some for DNA purposes as well to see if they're related to species off the coast of South Africa.

"I hope to bring some part of it (the squid) up to the aquarium up in Portaferry and let people see the suckers because they have hundreds of these sucker nail type cutting discs that they attach to the great whales."